Thomas Jesse Murphy, of Greencastle, was killed by a gunshot wound on Nov. 20, 1943 at the Tarawa Atoll.

Pharmacist Mate 2nd Class Murphy was only 22 years old. Born in 1921 in Greencastle, he was the son of Jesse and Anna Murphy (Vanlandingham). 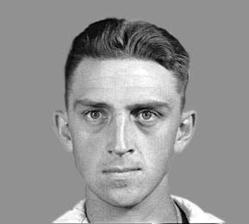 He saw a lot of action during his 17 months in the service, including being on a torpedoed ship in Casablanca in November 1942. He was in the water several hours before being rescued and would be re-assigned many times as he worked around the world.

His remains from the war in the Pacific Theater would remain unaccounted for and hidden for another 74 years.

Due to the mass casualties at Tarawa, during heavy battle, hasty mass graves had been made, and then later moved around and given numbers. With so many deaths, it became difficult to keep track. It was not until a construction project in Tarawa in 2015, that Cemetery 27 was finally discovered underneath a parking lot.

PhM2c Murphy was recovered and his identification was officially announced on Oct. 11, 2017. He will be brought home to Hamilton, Ohio, to be buried next to his brother Lester Oliver, and sister-in-law, Juanita Ison Oliver in Greenwood Cemetery.

Graveside funeral services will be conducted at 11 a.m. Monday, Memorial Day, May 28, with Father Norman Langenbrunner and full military honors at Greenwood Cemetery. The service will be open to the public.