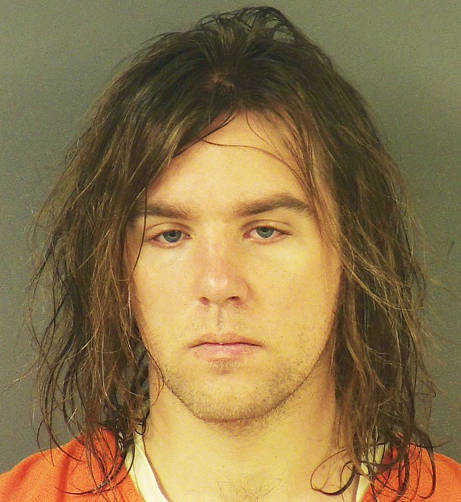 Almost two years after charges were filed against a 26-year-old Parke County man in a Putnam sexual misconduct case, the suspect appeared in court Thursday, asking for a speedy trial.

Already serving time in prison at New Castle Correctional Facility for similar crimes, Cody B. O’Haver, Rockville, has been charged with child molesting in a 2012 Putnam County case.

O’Haver has been charged with allegedly pressuring a 12-year-old Bainbridge area girl into having sexual relations with him when he was 20 or 21 years old.

The charge was filed in June 2016 by the Putnam County Prosecutor’s Office as a Class B felony, punishable by 6-20 years in prison with an advisory sentence of 10 years.

“He was coming back for an initial (hearing),” Prosecutor Tim Bookwalter said, “because he was in prison for something else at the time (of the 2016 filing).”

O’Haver, who is due to be released from prison on Christmas Day this year, had filed a May 14 motion for a speedy trial in the six-year-old case.

He went before Judge Matt Headley in Putnam Circuit Court Thursday for an initial hearing in the case. A preliminary plea of not guilty was issued on O’Haver’s behalf and Judge Headley assigned attorney Sid Tongret as the Rockville man’s public defender.

A pretrial conference in the case was scheduled for 10 a.m. July 19.

O’Haver was ordered to have no contact with the victim, who is now 18.

The alleged sexual encounter reportedly occurred sometime during the winter months of 2012 in a tent adjacent to a mobile home just outside Bainbridge off Old U.S. 36.

In February 2016, Putnam County Sheriff’s Department Dets. Pat McFadden and Doug Nally interviewed O’Haver at the Reception Diagnostic Center at Plainfield and the suspect, according to court documents, admitted having sex with the girl as well as knowing she was only 12 at the time.

O’Haver also told the detectives that he and the girl would participate in something they called “the nervous game.” In that encounter, the two participants would touch each other’s body, O’Haver related, ultimately advancing toward their genital areas while trying to see who would get nervous and stop first.

On Feb. 26, 2016, O’Haver was sentenced in a Parke County case to six years in prison (three years suspended) for failure to register as a sex offender and another count of child molesting.

Within months of the reported Putnam County incident, O’Haver was convicted of a prior child molesting in Parke County. Sentenced on Dec. 3, 2013 to three years in prison, O’Haver was released from prison a year later on Dec. 1, 2014, only to be reincarcerated Jan. 26, 2016 on the failure to register count and the second Parke County molesting charge.