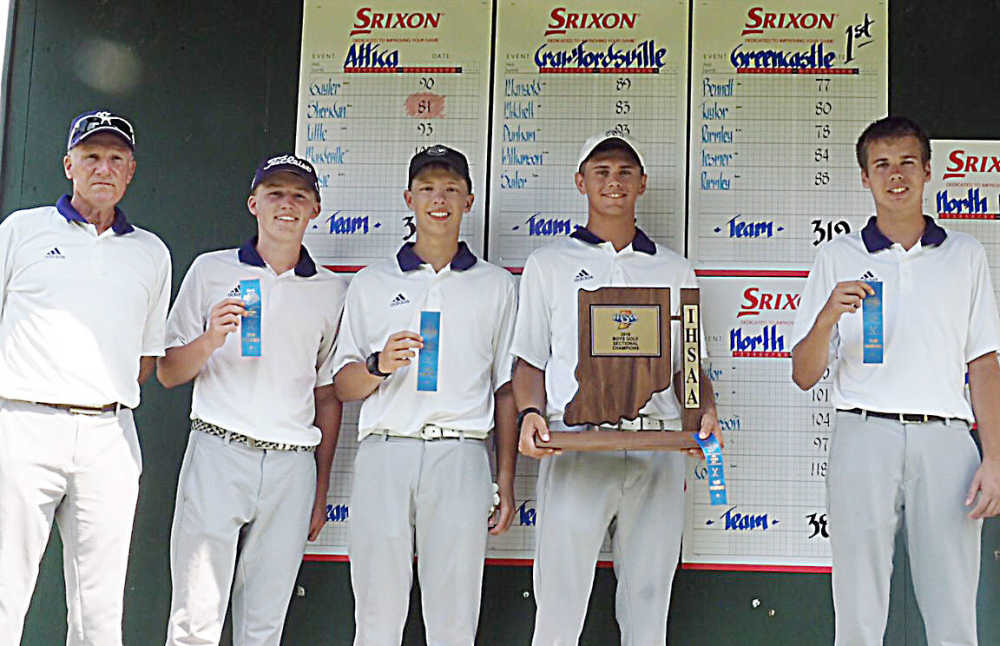 ATTICA — Greencastle captured the team title for the third straight year at the Attica boys’ golf sectional, shooting a 319 to defeat runner-up Seeger by 17 strokes.

The teams were tied at 157 after nine holes, but the Cubs dominated the second half of the round and earned a trip to Thursday’s Washington Regional at Country Oaks.

Seeger junior Peyton Snoeberger, with coaches on hand to watch from Indiana and Purdue, duplicated last year’s winning score with a 71 on his team’s home course.

The rest of the top five were all from Putnam County, as Greencastle’s Jake Bennett shook off illness to shoot a 77, Jaxon Parmley added a 78 and Conner Taylor had an 80. South Putnam’s Tyler Hicks rounded out the top five with an 80 as the top scorer from a non-advancing team, and he also earned a regional spot.

Kyle Tesmer added an 84 for the Cubs, while Benton Parmley had an 88.

“Jaxon had a great front nine of 35, a career best 1 under par, had a few problems on the back with two doubles and a triple, but still shot a fine 78,” Greencastle coach Steve Paquin said. “Jake, bothered by stomach problems, shot an uncharacteristic 40 on the front, but came back strong with 1 over 37 on the back.

Paquin noted it was “a real team victory” for his team to be able to separate from the competition in the final nine holes.

“Seeger faltered on the back nine and the Cubs played a consistent back nine,” he said. “The front 9 at Harrison Hills is more wide open and easier to score on than the narrow, hilly back nine. The Cubs hit many good drives, second shots, chips and putts to eventually pull away from Seeger and score the victory.”

The Cubs will play at Country Oaks GC in Washington on Thursday with sectional champions from Crispus Attucks, Martinsville, Linton-Stockton, Vincennes Lincoln and Evansville Mater Dei.

The Cubs will tee off from the No. 1 tee at 9:20 a.m. with the winner from Crispus Attucks and second-place finishers from the Linton-Stockton and Vincennes Lincoln sectionals.