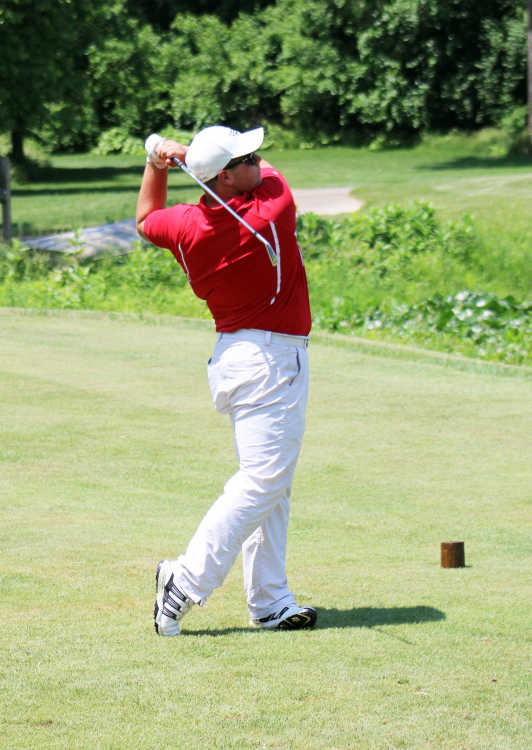 South Putnam’s Tyler Hicks will be trying for a spot in the state finals in Thursday’s Washington Regional tournament at Country Oaks.
Banner Graphic/JOEY BENNETT

While Greencastle’s team fully hoped to win last week’s Attica Sectional for the third straight year and advance to Thursday’s Washington Regional, South Putnam’s Tyler Hicks was a bit of a surprise to earn a regional spot as one of the top three individuals advancing without a team.

By shooting a 40-40---80 round that tied him for the fourth-best score overall, Hicks was the best player not on an advancing team to earn a regional spot.

South Putnam coach Greg Dean has long thought Hicks had the ability to achieve such heights, and is glad he put everything together last week.

“Tyler’s been working really hard this year,” Dean said. “I was very happy for him to score well at the sectional and continue his season.

“Tyler has the ability to put a great round of golf together this week, but he will have to come with his ‘A’ game in all aspects.”

Hicks will tee off the No. 10 tee on Thursday at 8:30 a.m., playing with other qualifiers from non-advancing teams.

Greencastle will tee off from the No. 1 tee at 9:20 a.m. with Park Tudor (the winner from Crispus Attucks) and second-place finishers Terre Haute South (from the Linton-Stockton sectional) and Pike Central (from the Vincennes Lincoln sectional).

Greencastle was led last week by Jake Bennett, who overcame illness to shoot a 77 to finish second overall. Jaxon Parmley added a 78 for the Cubs, while Conner Taylor had an 80, Kyle Tesmer had an 84 and Benton Parmley shot an 88.

The top three teams, plus top five low individuals not on advancing teams, will move on to the state finals at Prairie View Golf Club next Tuesday.

The Cubs are seeking their first team state finals appearance in 77 years. Greencastle teams made eight appearances in a 10-year period from 1932 to 1941, including eight straight from 1935 to 1941.