‘Great experience’ at state for Bennett, despite finish 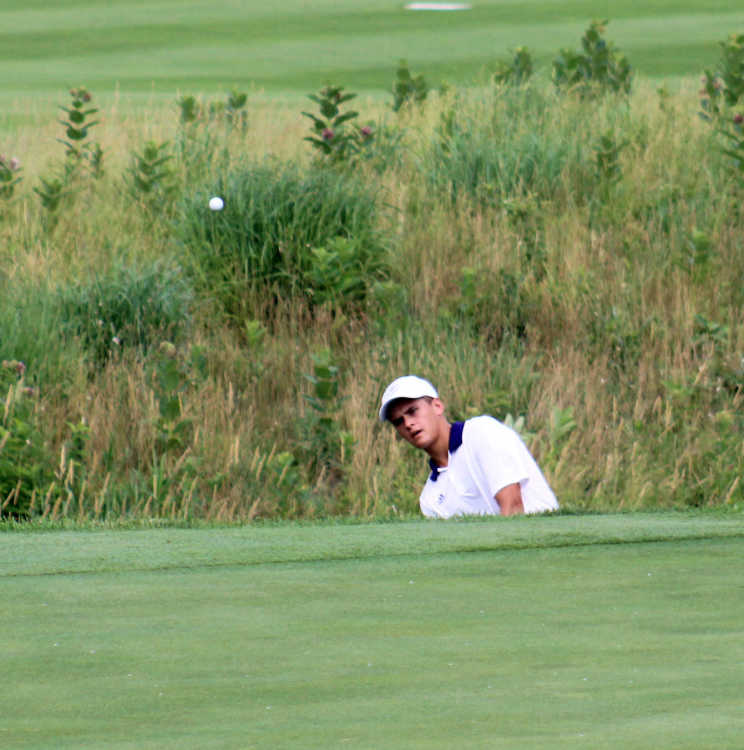 CARMEL — Greencastle’s Jake Bennett was consistent with his scores at the IHSAA boys’ golf state finals this week, matching his 82 on Tuesday with a similar score on Wednesday to finish tied for 58th overall among 100 golfers.

Not exactly finishing where he had hoped, but realizing afterward that he had achieved a great accomplishment to get so far.

“I wouldn’t say that during my round,” Bennett said, “but it was a great experience. Looking back on it, it was fun to just be here even though I didn’t place anywhere near where I wanted.”

“After my practice round [on Monday}, I was feeling pretty good coming in here,” the recent Tiger Cub graduate said afterward. “We got a lot of rain, and the fairways were soft. You couldn’t spin the ball very well, and the greens were harder than Monday.”

Bennett had problems putting on Tuesday, but never had more than two putts on any hole on Wednesday after five three-putts were hurtful to his first-round score. 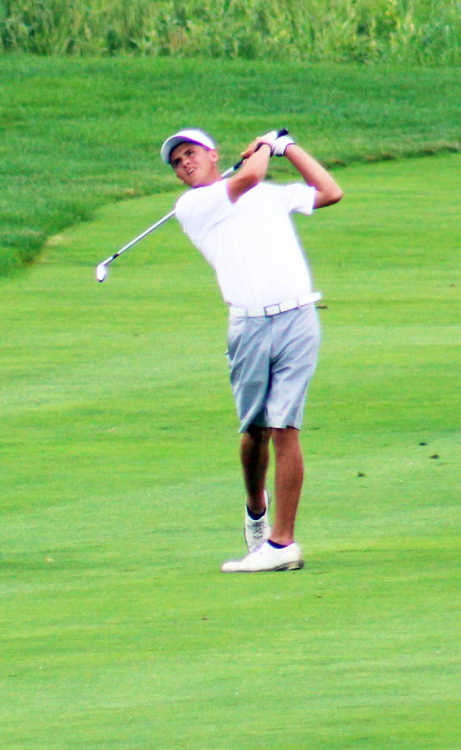 “[Wednesday] I was just hitting it all over the course,” he said. “Out of bounds, in the water.... my tee shots were bad, my irons were bad, my chipping was bad. My putting wasn’t terrible, but it wasn’t as good as it needed to be.

“The course is really hard.”

Greencastle coach Steve Paquin agreed with the difficulty level of the Prairie View course, and noted that players in bigger cities have an advantage with more experience on tougher private courses similar to the state finals venue. 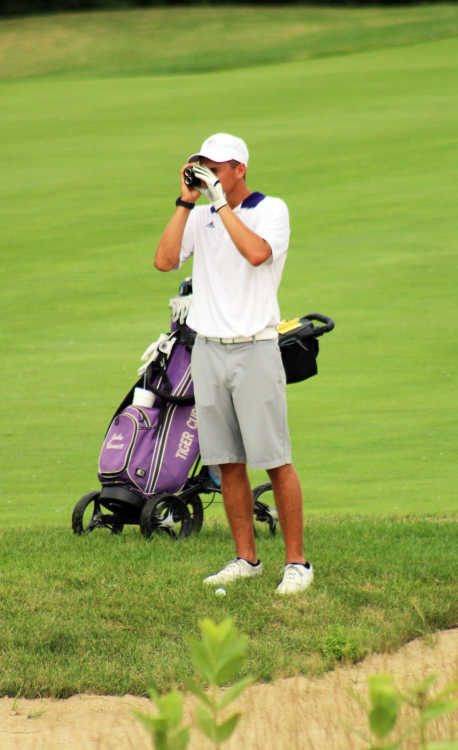 “We don’t play any courses all year that compete with this one, and it’s really hard to do well here when you’re not used to it,” Paquin said.

Bennett will play in a number of summer tournaments before heading to Indianapolis this fall to start his career at Marian University.

He realizes that he will play tougher courses at the next level, but that fact should help him better learn on how to navigate them. 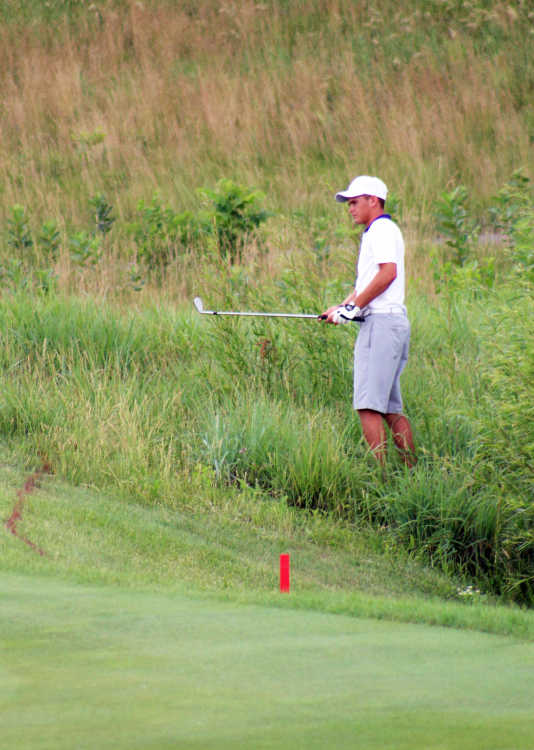 “I don’t ever play [during the school season] on courses with greens this fast and hard, and with holes this long,” he said. “It’s going to take a while to get used to it, but I’ll figure it out eventually.”

Paquin looks back favorably on Bennett’s career, in which he only lost eight events in the past four years.

“Jake had a great, great career for us,” he said. “He has worked very hard to get where he is.” 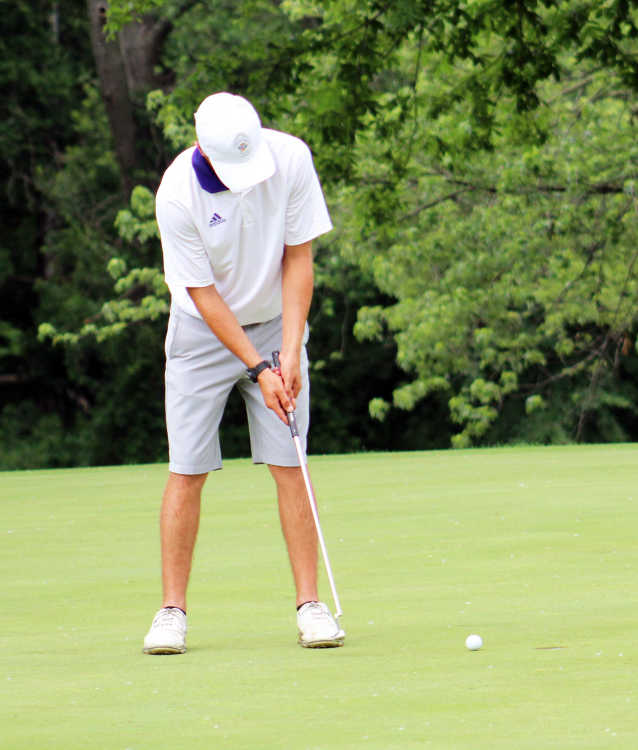 Seeger junior Peyton Snoeberger tied for eighth with a 148, while Cascade’s Jackson Franchville tied for 54th with a 163.

Jay Williams of Jeffersonville, who will play with Bennett at Marian next year, tied for 17th with a 151.

Carmel won the team title by one stroke over Center Grove, tying the state record with its sixth crown in school history. 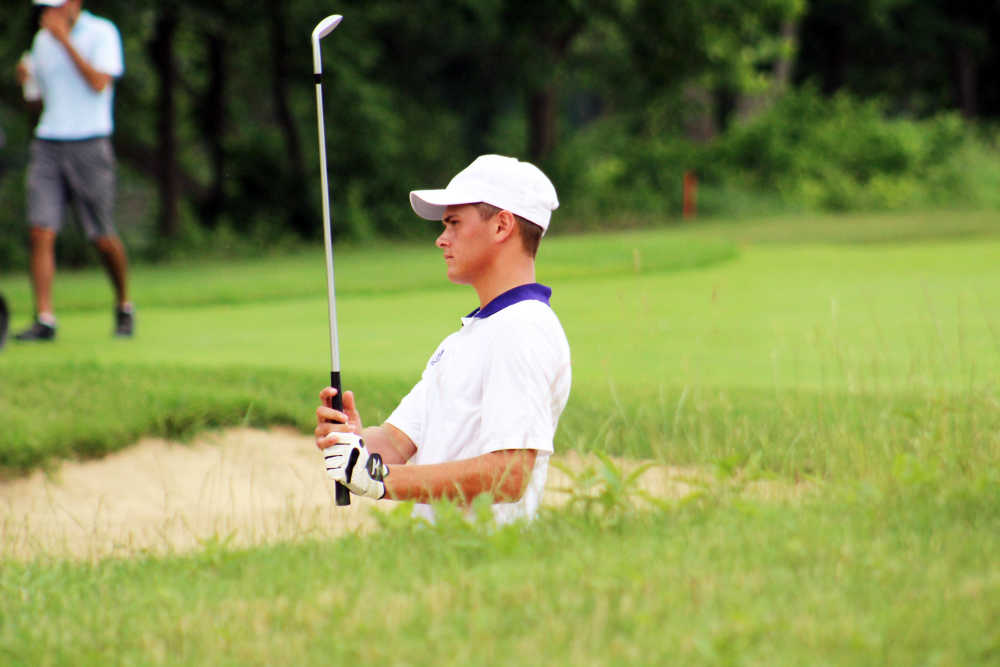 Greencastle’s Jake Bennett found himself in a number of tough positions during Wednesday’s final round of the IHSAA boys’ golf state finals.
Banner Graphic/Joey Bennett
Order this photo