At the precise moment she was being appointed to a new role in the community, Lisa McCoy was on stage at Putnam County Playhouse Thursday night, singing and dancing her way through the musical "Annie."

But it was the Greencastle City Council that was thinking about tomorrow, acting on a motion by Councilman Steve Fields and voting 5-0 with two abstentions to appoint McCoy to a four-year position on the Greencastle School Board. 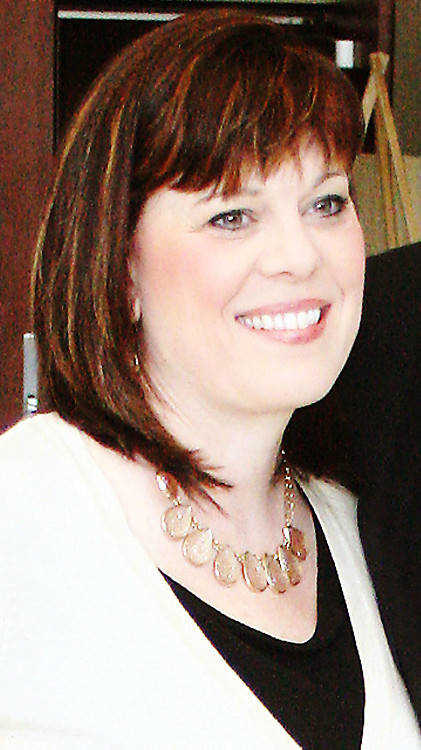 Joining Fields in voting in favor of McCoy, who formerly taught elementary school in the Greencastle system and is the wife of DePauw University President Mark McCoy, were Mark Hammer, Stacie Langdon, Tyler Wade and Dave Murray.

Council President Adam Cohen and Councilman Gary Lemon, both of whom teach at DePauw, abstained. Neither was able to attend all the candidate interviews.

McCoy, who has triplet daughters in the school system, succeeds Lisa Lazar in the school board position that will commence on July 1 and continue through June 30, 2022.

Council members were effusive in their praise for McCoy, who is currently tackling one of the lead roles in the Playhouse musical "Annie" as Grace Ferrell, Daddy Warbucks' assistant.

"After sitting through the interviews, each of the three had their own skill set," Hammer pointed out, "but I believe Lisa McCoy rose to the top."

Calling McCoy "a strong woman who will assert herself," Murray said she is the one candidate who has taught in Greencastle Schools, has board experience on the Putnam County Library Board and advocated a curriculum director to help take the school corporation forward in focusing on math and science initially and English and social studies later on.

Meanwhile, Fields, who made the motion to appoint McCoy with Hammer seconding, admitted he was an advocate for change.

"I came in, quite frankly, thinking we needed a change," he said. "I'm looking for a more open school board, and I feel she will lead the school board in that direction."

He also praised the fact McCoy understands how important the schools are to attracting professional people to live and work in Greencastle.

Councilor Langdon, meanwhile, said she thought "all three candidates were very capable" but she particularly liked McCoy's perspective and "her positive attitude toward the schools."

Lazar had sought reappointment and was one of three candidates interviewed by the Council for the position. Besides McCoy, the other candidate was Valerie Rudolph. All three candidates who sought the appointment have some connection to DePauw, city officials pointed out.

"I don't think the fact that her husband is the president of DePauw is going to hurt us in any way," Murray said of McCoy.

He, too, had praise for all three hopefuls.

"It seemed very clear," Murray said, "that all three candidates have a passion for our schools."

Councilman Wade called McCoy "a great choice," saying he was impressed by how well she was prepared for the interview.

"I also don't want to be remiss in not thanking Lisa Lazar for her service," Wade added, noting that "she came in at a rocky time" for the school corporation.

Cox was appointed by the school board in February to fill the board position opened up when Denise Sigworth resigned in January. He will serve through June 30, 2020, at which time the City Council will choose who will serve the following four years.

At the conclusion of the school board appointment discussion, Mayor Bill Dory told the Council that Greencastle School Supt. Jeff Hubble "has said he would be happy to schedule a joint meeting of the City Council and the school board."