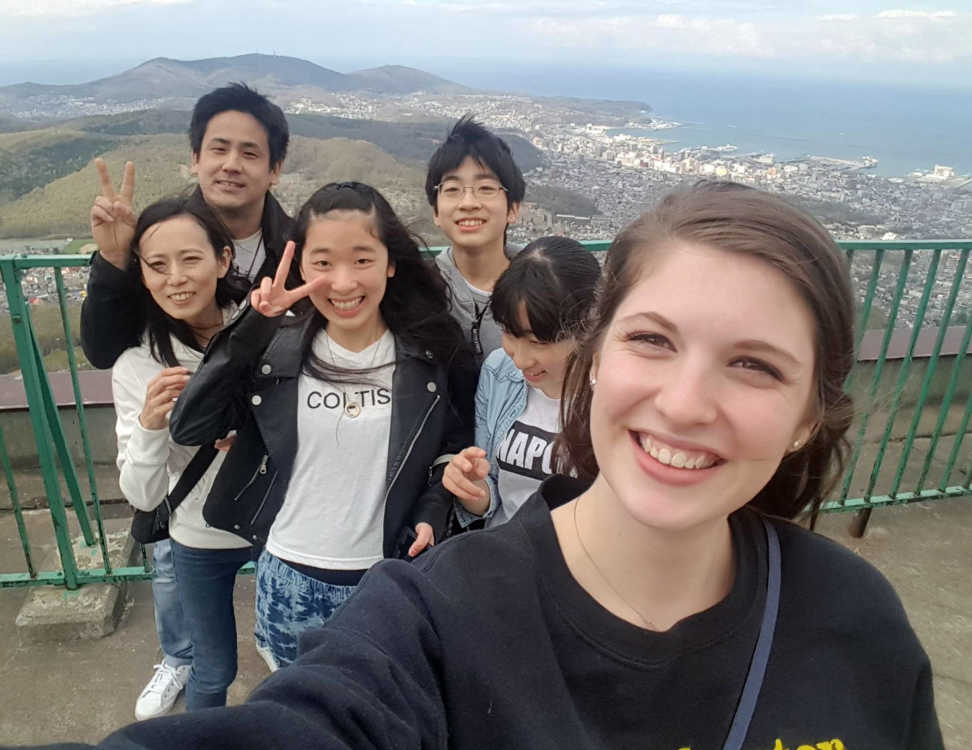 Hanging out, experiencing new adventures, trying on a kimono, seeing the Sea of Japan from Mount Otaru …. Well, maybe not everything the Coatesville native is doing in the Land of the Rising Sun is similar to her stateside friends.

The senior-to-be Manchester University volleyball student-athlete took a chance with the campus’ study abroad program. She hasn’t stopped enjoying her opportunities and surroundings since it began. 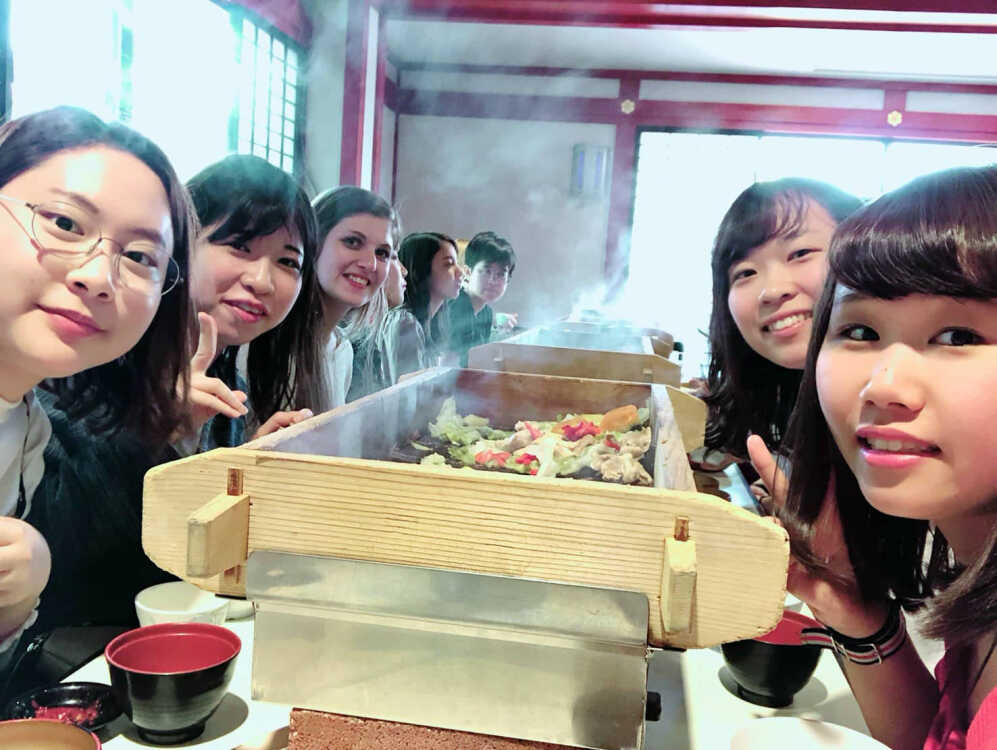 The group is on Mount Otaru, and can see the Sea of Japan in the background. Mindiola (left photo, third from left) also enjoys sampling some local cuisine with her new acquaintances. Mindiola is visiting Japan as part of the Study Abroad and Off-Campus Academic Program.
Manchester University photo

“Whether it is a country that is immensely different or is similar to America, the experience is [once in a lifetime],” Mindiola admitted. “Whether you’re scared to death or itching for an adventure, studying abroad will not only further your education but yourself as a person. With the program, you become more than a tourist and can experience aspects of the culture that you might not while visiting for a short duration.”

On the court, she played in 19 sets in eight matches with 15 kills, 32 total attacks, one assist, five service aces and 20 digs

She credits Dr. Thelma Rohrer, Manchester University’s Director of Study Abroad and Off-Campus Academic Programs, for getting her to think more about the possibility.

“I knew [I wanted to study abroad], but I didn’t have a specific destination in mind,” Mindiola reflected. “I went through the English speaking options [with Dr. Rohrer] and when she said Japan, I decided that was where I wanted to study.”

“Something inside of me sparked [when she said Japan],” she added. “I could not be happier with my decision, having met so many wonderful people, and Japanese culture is truly unique. At Hokusei Gakuen University, I attend international classes where not only do I interact with Japanese students, but with faculty and students from across the world.”

Mindiola, whose experiences range from the kimono try-on to playing club volleyball with a team at the university along with almost everything in between, noted she’s not the only “foreigner” in her summer residence. She indicated students are also on campus from Switzerland, China, South Korea, Indonesia and some other Americans including a fellow MU student along with individuals hailing from California and Pennsylvania.

“Japanese culture heavily contrasts American culture in language and mannerisms,” Mindiola pointed out. “It’s one thing to read about varying cultures but to experience them is entirely different. Joining the volleyball club allowed me a chance to be on the court [during the summer] but also to learn a new way of play and philosophy.

“Academically, within the sociology curriculum [at Manchester University], we learn about different cultures and norms,” she added. “We don’t experience what those norms, values and beliefs entail; we only hear. With what I’m doing now, it’s not only about experiencing but living in a new culture that’s truly opening my eyes to the world [around me].”

While she’s already been a part of and done so many new things, Mindiola isn’t stopping where she’s at.

“Shopping in the malls and sitting in the hot springs have been two of the most enjoyable tourist things I’ve done {along with the kimono and Mt. Otaru opportunities],” she said. “There are more things on my list, though, including hiking in the mountains, going to the beach to swim in the Sea of Japan, and tasting more varieties of sake (rice wine).”

Kaitlin Mindiola opens herself up to a new world with each step this summer …. something many other Manchester University students and student-athletes are experiencing, too.