Thirty-one student-athletes who graduated from Putnam County high schools this spring have signed to play sports collegiately for the 2018-19 school year.

Greencastle led the way with 12 signings, while Cloverdale and North Putnam each had seven and South Putnam had five.

Some of the more recent signings include: 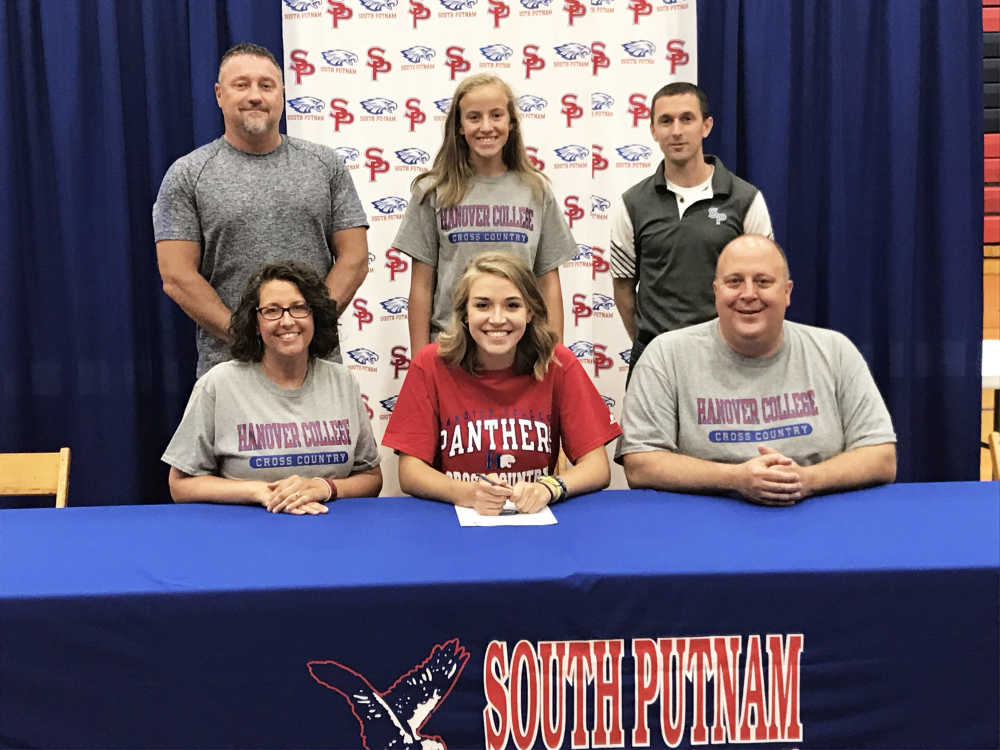 McHugh advanced to the cross country semistate as a junior, but injuries prevented her from competing in sports after suffering an ACL injury early in the basketball season last year.

Still, Hanover College thought enough of McHugh’s potential to sign her to run cross country and track this fall.

“I’m really excited,” McHugh said after signing earlier this year. “I didn’t get quite the running career I wanted, I’m glad to be able to do it in college.”

McHugh suffered a second ACL injury last year, but she is pleased with the recovery process.

“I’m working to get healthy so I can go into my freshman year of college in the best shape I can be,“ she said. “It’s going well.”

Surgeries have repaired the damage, but McHugh says the hardest part is regaining stamina.

“The hardest part is rebuilding the strength that I had before,” McHugh said. “They said they’ve been watching me since I was a freshman, and so really the hardest part is building back up the muscle. They’re confident in me, and I am hopeful to get back where I was and even in better shape than before.

“I plan to compete this fall in cross country,” she added. “Right now I’m laying the foundation and getting the miles in. Hanover has a good track and field program.”

McHugh will major in biology, with an eventual goal of going into genetic counseling.

Coach Brandon Welti is confident that McHugh would have been one of the school’s best-ever runners had she been healthy.

“She definitely would have had a chance at the school record in cross country,” he said. “She was close to it in her junior year. She would have been a regional qualifier in track, also.”

Welti notes that McHugh’s strong desire to run is something that makes him believe she will succeed.

“That’s evident because she still wants to run after all she’s been through,” he said. “With a little bit of time, and training through the summer, she can contribute quickly.” 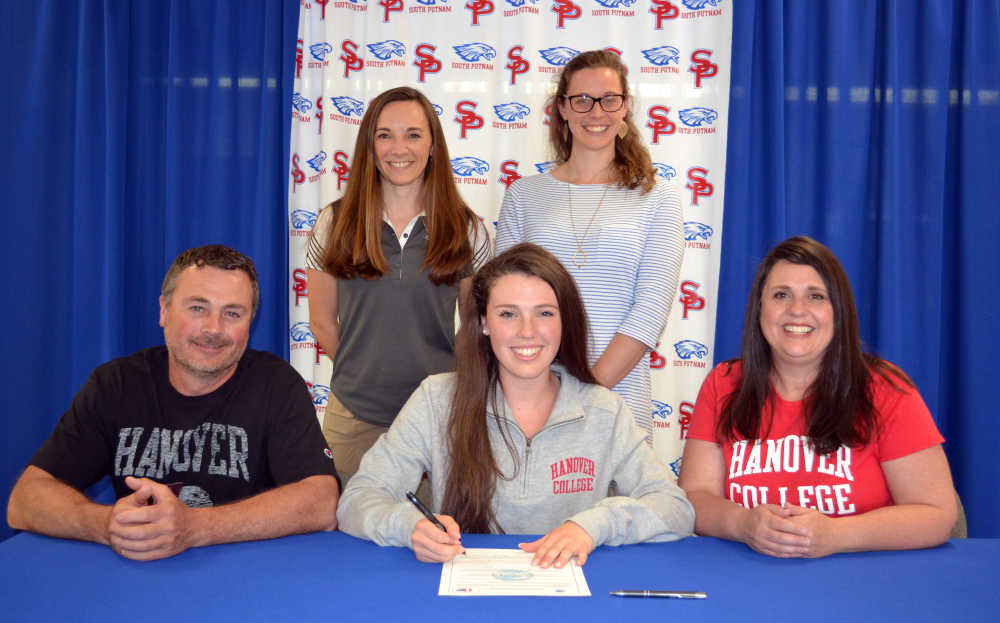 Alex Fanning of South Putnam signs to compete in swimming for Hanover College next winter. She is flanked by her parents, Wade and Amy. Also witnessing (back, from left) are SPHS head coach Anna Kendall and SPHS assistant coach Natalie Lugg.
Contributed photo

Fanning will also be attending Hanover College, and she will be a member of the school’s swimming team.

She was the Putnam County champion in the 100-yard breaststroke, and also swam the 50-yard freestyle and on two relay teams in the county meet.

“I will be concentrating on the breaststroke,” Fanning said. “I plan to be swimming the 100 and 200 breaststroke. My times are average for a Division III school.”

“I chose Hanover because of the small class sizes, the science department and the beautiful campus,” she said. “I will be self training at the Lilly Center at DePauw this summer.” 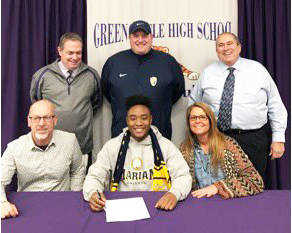 Nichols will be playing soccer for Marian University this fall.

“I chose Marian because it was a better fit for me personally,” Nichols said. “It was closer to home, and I like the atmosphere that Marian provided.”

Nichols started playing soccer around the age of five.

“My parents were missionaries overseas for a couple of years,” he said. “Then we moved to the States for high school.”

The leading scorer for the Tiger Cubs as a junior in the fall of 2016, Nichols did not play for the school team this year to focus on training with the Indy Fire club program.

“Playing with the Fire got the Marian coach interested in me, and they gave me an offer,” he said.

The Tiger Cubs went on to win conference and sectional titles last fall, and Nichols was on hand to watch them play as his schedule allowed.

He feels the Fire experience helped him improve his skills and his game, but admits missing out on some things at Greencastle.

“Some parts I do regret not being there for with my fellow classmates,” he said. “It was a tough decision that I had to make.”

Marian has a successful soccer program, going 7-5-1 last year. Nichols isn’t sure of his position yet at the college level.

“I think I’m best at outside mid or midfielder,” he said. “I want to be involved in attacking the goal on offense and distribution of the ball.”

Nichols will be majoring in nursing, with an eventual goal of being an anesthesiologist.