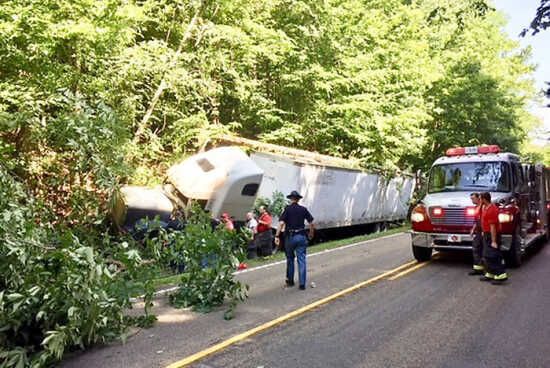 A Freightliner tractor, driven by Donald E. Stevenson of Reelsville, was southbound on State Road 59 in Parke County Friday morning when it suddenly veered off the roadway into a group of trees. Stevenson was airlifted to Indianapolis, reportedly with significant leg injuries.

Preliminary investigation revealed a Freightliner tractor, pulling an empty box trailer, driven by Donald E. Stevenson of Reelsville, was southbound on SR 59 and suddenly veered right off the roadway into a group of trees.

Impact entrapped the driver for nearly one hour before Stevenson could be extricated by members of the Adams Township Fire/Rescue and Bellmore Fire Departments.

Investigators believe a sudden onset health issue may have caused Stevenson to leave the roadway.

ISP Det. Deanna Jones came upon the crash and provided medical assistance until arrival of EMS.