Look for DePauw President McCoy on ‘Inside Indiana Business’ this weekend 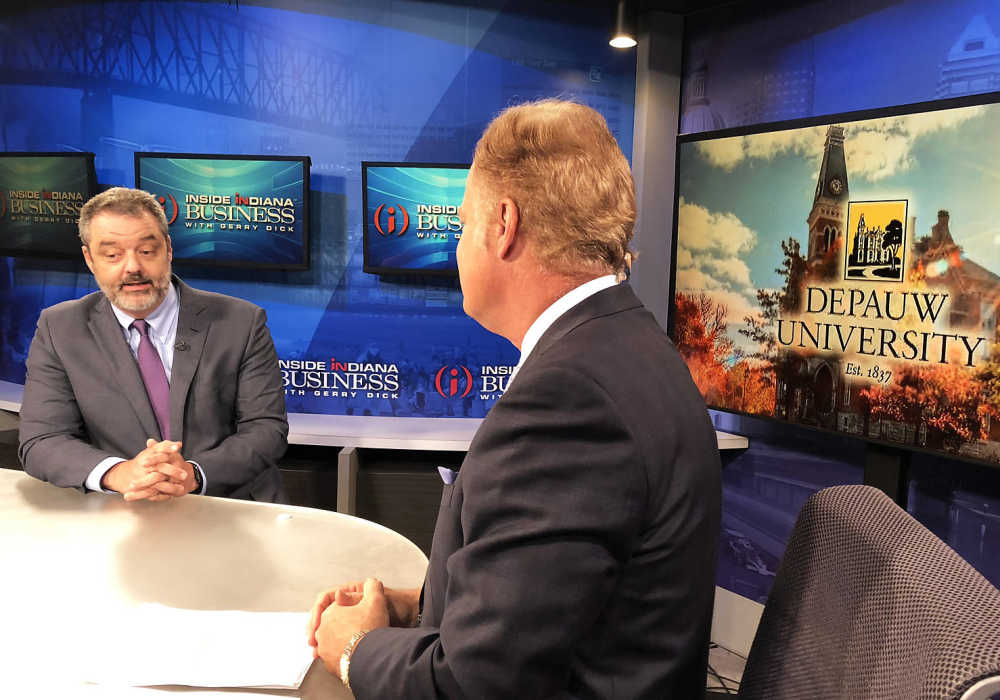 DePauw University President Mark McCoy (left) answers a question from “Inside Indiana Business” moderator Gerry Dick in a segment taped Thursday to be shown this weekend on various affiliate channels across the state.
Courtesy photo

DePauw University President Mark McCoy is among the guests on this week’s edition of “Inside Indiana Business” with Gerry Dick, which airs statewide this weekend.

President McCoy is also asked about the university’s $40 million investment in a Campus Energy Master Plan (CEMP), which will save an estimated $750,000 annually in energy expenditures and reduce greenhouse gas emissions 28 percent. It includes a housing master plan which will enrich the living-learning community experience strongly tied to DePauw’s student-centric mission.

The show airs on stations around the state of Indiana. Local affiliates and showtimes include WTHR, Channel 13, Indianapolis, 11 a.m. Sunday; and WTIU, PBS, Bloomington, 4:30 p.m. Saturday.

President McCoy last appeared on the program in March 2016 right after he was announced as DePauw’s 20th president.