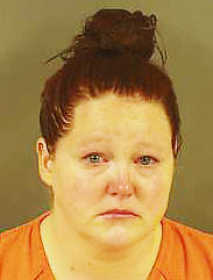 PUTNAMVILLE -- A female correctional officer and a female visitor have been arrested in separate recent incidents of alleged trafficking with an inmate at the Putnamville Correctional Facility (PCF), authorities reported.

PCF has confirmed that a 35-year-old correctional officer from Parke County was arrested recently on charges of trafficking with an inmate and official misconduct.

The arrest of Miriam Loraine Larson, of Rockville, was made after the Office of Investigations and Intelligence (OII) acquired intelligence that Larson had trafficked with an offender on July 2.

During the investigation it was also discovered Larson was involved in an inappropriate relationship with the same offender. During an interview conducted by OII, she admitted to the allegations.

Charged with trafficking with an inmate, a Level 5 felony, and official misconduct, a level 6 felony, Larson was placed under arrest without incident and lodged in the Putnam County Jail.

In an incident reported Tuesday at the PCF, the Office of Investigations and Intelligence reportedly obtained information that visitor Keysha D. Andrews, 25, of Indianapolis, would be attempting to traffic a package into the facility during her next visit.

Andrews came to the facility to visit an offender, and while in the visiting room she was observed by investigators attempting to traffic a package to the offender. 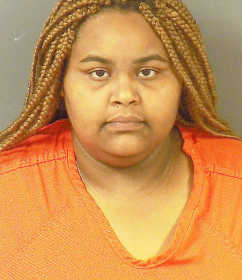 The package was intercepted and Andrews was escorted to the Office of Investigations and Intelligence.

When the contents of the package were inventoried and examined, results of field tests indicated the contents tested positive for marijuana, suboxone and methamphetamine.

During subsequent questioning Andrews admitted to trafficking, was placed under arrest without incident and escorted to the Putnam County Jail.

"It is only through the diligence and dedicated efforts of staff working together that the prevention of contraband into the facility can be achieved," PCF Warden Brian Smith said. "The department will actively pursue prosecution to the fullest extent of the law of anyone who attempts to undermine the safety and security of the facility. We have a zero-tolerance policy for this misconduct. The State of Indiana has tasked us with upholding the highest standards of the law. This will be no exception."