A Putnam County couple and a Fountain County man are facing charges of human and sexual trafficking of minors and child molesting as result of an investigation into multiple 2016 incidents, the Putnam County Prosecutor's Office confirmed Tuesday.

The incidents are said to involve two female acquaintances under the age of 16 who were allegedly sold for sexual purposes. The incidents reportedly occurred at a Rockville area campsite, a Waveland area campground and a Montgomery County motel, according to the probable cause affidavit filed in Putnam Circuit Court. 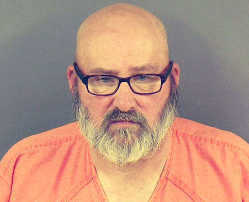 -- Paul M. Crowder, 70, Covington, the man who allegedly paid as much as $750 per occasion to take the underage girls across county lines and engage in sexual activity.

-- Robert F. Glaze Jr., 57, currently incarcerated at the New Castle Correctional Facility following a 20-year sentence in a 2017 Putnam County child-molesting case in which he agreed to a plea bargain that resulted in seven of nine related charges against him being dismissed. 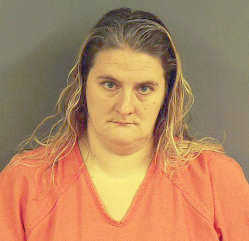 -- April D. Glaze, 37, now residing in Greencastle after completing a 2-1/2-year sentence in the same 2017 case in which her estranged husband Robert pleaded guilty and was sentenced.

That means Crowder and the Glazes are each looking at the possibility of 56 years in prison if found guilty on all charges.

"I've never had an allegation like this one -- human trafficking for sex -- in my 14 years here," Putnam County Prosecutor Timothy Bookwalter told the Banner Graphic after the warrants were issued shortly after 4 p.m.

Crowder and April Glaze were taken into custody and lodged in the Putnam County Jail Wednesday afternoon.

Crowder, a relative of Robert Glaze, was arrested June 29 in Montgomery County on three counts of child molesting that reportedly occurred on multiple occasions in separate locations in and around Crawfordsville. 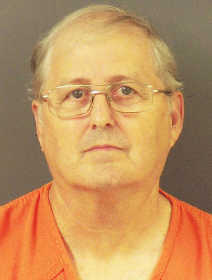 Investigators found a reported paper trail of one of the Montgomery County encounters, obtaining a receipt at the old Crawfordsville Ramada Inn (now a Super 8 motel), verifying that Crowder had paid $99 cash on Oct. 22, 2016 and checked in to the motel accompanied by a 13- to 17-year-old.

Crowder, who during a June 29 interrogation by Indiana State Police Master Trooper Troy Cobb admitted to some of the allegations of sexual encounters with the underage girls, reportedly bonded out of the Montgomery County Jail despite being held on $50,000 bond.

During that admission, he told Trooper Cobb he gave money to Robert and April Glaze on several occasions, including the nights he picked up the girls. However, Crowder claimed the money was for their truck payment, water bill, Christmas presents and groceries, the probable cause affidavit notes. He said the amount was usually $200-$300 but on one occasion was $1,000.

"I didn't know he (Robert) was pimping them until after it was done," she told police, according to court records.

Toward the end of the interview, as Master Trooper Cobb notes in the affidavit, "Glaze admits she and Robert needed money and they sold girls for sex."

The elements of the case against Crowder and the Glazes, formerly of Bainbridge, began to unfold last March when the alleged victims disclosed details about the reported encounters to a Department of Child Services family case manager who then informed Indiana State Police.