CLOVERDALE -- A three-year-old is in Department of Child Services custody and five adults in jail following a custody exchange that erupted into a brawl Wednesday evening. 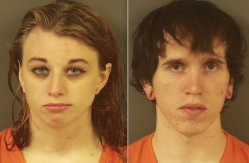 Upon their arrival at the North Main Street restaurant, CPD officers and Putnam County sheriff's deputies learned that two sets of adults were meeting at the halfway point for the exchange of the three-year-old from mother to father.

The child's mother, Krissy Allen, 23, and her boyfriend, Austin Banks, 24, were bringing the child from their home in Festus, Mo. 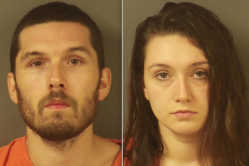 They were meeting the child's father, 27-year-old Joshua Frederick of Columbus, Ohio, who had with him his wife, Le Ann Frederick, 23, Columbus, and his brother, Jordan Shanks, 20, Pomeroy, Ohio.

The exchange turned into an argument, with witnesses telling officers that all five adults entered into a brawl, rolling on the ground with the three-year old in the middle "being thrown about."

The case will be turned over to the Putnam County Prosecutor's Office for a decision on formal charges.

DCS took custody of the child.