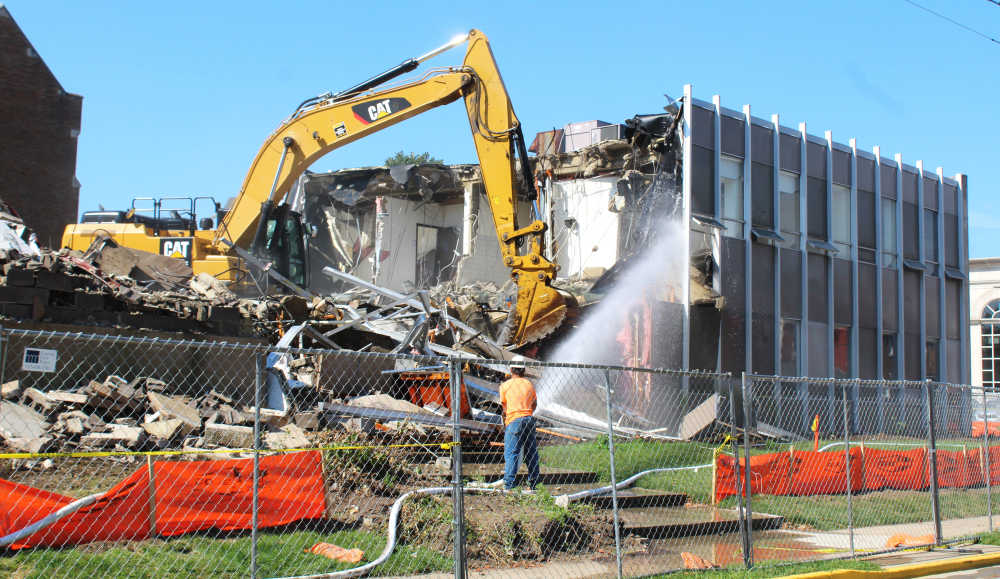 The old Charter House building, once a portion of Gobin Memorial United Methodist Church but owned by DePauw University the past 35 years, was razed Monday. The two-story building, just west of the intersection of Seminary and Locust streets in Greencastle, will yield its space to a new parking lot, university officials said. Charter House was built by Gobin Church in 1961 to house its Sunday school classes. It was acquired by the university in 1983 and in recent years had housed DPU's Alumni and Development offices. However, in poor condition and considered an energy eater with floor-to-ceiling glass walls on its north and south sides, it was no longer needed for office space, and the decision was made to raze Charter House.