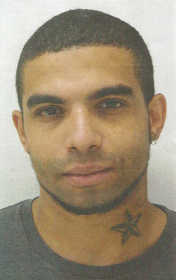 Seeing his partners in crime handed hefty sentences apparently prompted an Indianapolis man to enter guilty pleas in a 2017 home invasion and robbery.

The case against Charles Maybaum, 32, will not go to jury trial later this month because on Friday, Aug. 3, Maybaum entered guilty pleas to three of the nine counts against him: Level 2 felony burglary and two counts of Level 3 felony burglary.

The two men had been found guilty of nine felonies in separate jury trials earlier this summer.

Those outcomes apparently brought about a change of heart in Maybaum, who appeared before Headley for a suppression hearing that suddenly became a change of plea hearing.

“The judge sentenced those two guys on Thursday to 72 years,” Prosecutor Tim Bookwalter said, “and he was in the mood to plead guilty after that.”

Maybaum will have plenty more days in court. Besides a Jan. 10 sentencing in this case, he also faces a similar set of charges in Owen County, a buglary case in Shelby County and drug cases in Marion and Vanderburgh counties.

During the April 2, 2017 incident, four masked men held the Pat and Terry McCarter at gunpoint for close to an hour while they ransacked their home. The men made off with prescriptions, checks, jewelry, a rifle, a handgun, a purse, wallet and cash and even the McCarters’ Buick Rendezvous.

Additionally, one of the men struck Terry McCarter in the temple area with the butt of either a rifle or shotgun.

During their trials, Cherry and Reese apparently found little sympathy with the juries, both of which returned their decisions in three hours or less.

They found even less sympathy with Judge Headley, whose 72-year sentences reflected the maximum sentences for the three most serious of the nine charges.

By entering a plea agreement to just three of the charges — notably not the Level 1 felony burglary causing serious bodily injury — Maybaum will face less time than Reese and Cherry.

Level 2 felonies carry a sentencing range of 10-30 years, while Level 3 felonies range from 3-16.