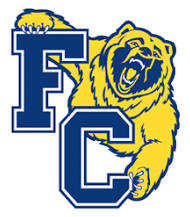 For the eighth consecutive year, the Heartland Collegiate Athletic Conference has tabbed Franklin as its pre-season favorites, according to the league’s coaches.

The Grizzlies went 8-3 a year ago, securing their 11th conference championship in the last 12 years with a perfect 8-0 mark in HCAC play. Franklin collected 87 points and six of the nine first-place votes from the league’s coaches.

This marks the eighth consecutive year head coach Mike Leonard’s squad has been picked to win the conference, a streak that dates back to 2011.

Now in his 16th year at the helm of the Grizzlies, Leonard’s squad will feature plenty of new regulars in 2018, with the program graduating 16 starters and 13 all-conference players from a year ago.

Three Putnam County graduates are freshman members of the Grizzlies this year, hoping to work their way into the lineup as soon as possible — Greencastle’s Cade Winslow and Cloverdale’s T.J. Hagymasi and Nick Winder.

On offense, the Grizzlies have plenty of experienced players back in the fold, headlined by junior quarterback Braden Smith, running back Jacob Earl and receivers Ben Fleet and Brad Bonomini.

Up front, seniors Matt Anderson, Austin Woiteshek and Paul Eisberg make up the veteran core on the offensive line.

On the other side of the ball, the Grizzlies welcome back First Team All-HCAC linebacker Austin Fleming, who is coming off a 100-tackle campaign in 2017.

Second Team All-HCAC selections Tyler Reed and Zak Prater are back to anchor in interior of the defensive line while senior David Masayile is the lone defensive back returning for Franklin.

Right behind the Grizzlies in the poll is the Engineers of Rose-Hulman, who nabbed 84 points and the other three first-place votes.

The Grizzlies kick off the 2018 season under the lights at Faught Stadium on Sept. 1 against Benedictine at 6 p.m.