11-year-old boy goes on joy ride, runs out of gas in Putnam County 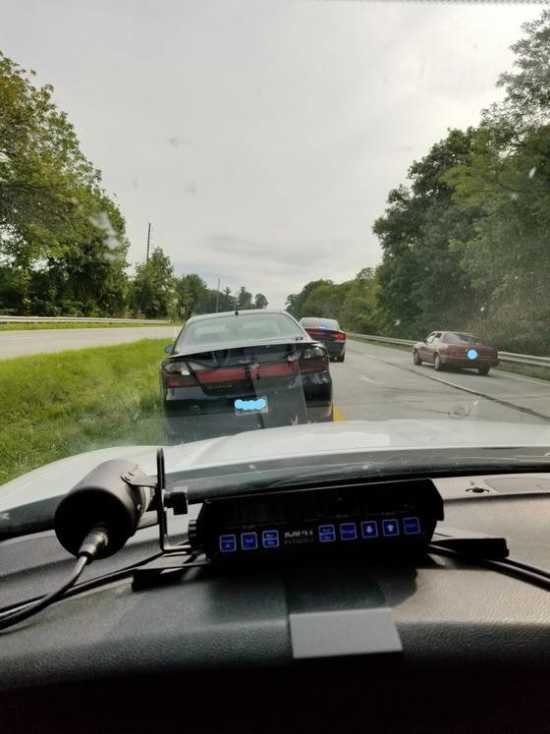 A black 2005 Pontiac Bonneville, taken on a joy ride from Indianapolis by an 11-year-old Marion County boy, is shown along U.S. 40 in Putnam County where it ran out of gasoline Friday morning.

With the help of OnStar, the black 2005 Pontiac Bonneville was eventually located in the eastern part of the county on U.S. 40 near County Road 300 East.

The juvenile in possession of the vehicle told Indiana State Police Trooper John Myers from the Putnamville Post that he was just going to go around the block, but decided to just keep going.

The boy ended up traveling along Interstate 70 before taking exit 37, the Putnamville exit, north toward U.S. 40.

The juvenile said he then decided to head back home but ran out of gas in the eastbound lanes of U.S. 40, about two miles east of South Putnam High School.

About 9 a.m., Trooper Myers responded to the report of a stolen vehicle reportedly being operated by a juvenile on U.S. 40 between State Road 243 and U.S. 231 at the time.

The Indianapolis Metropolitan Police Department originally reported the car stolen out of Indianapolis with the reporting party and also the owner of the vehicle stating that her 11-year-old son had taken the car.

After consulting with the family and prosecutor's office, no charges are going to be filed at this time, State Police reported.