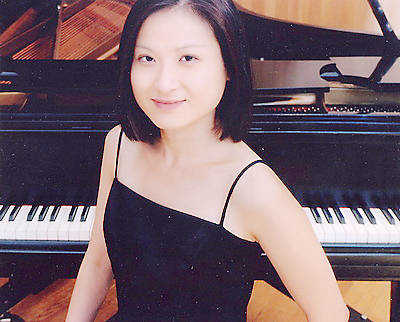 The 2018 season ot the Greencastle Summer Music Festival concludes Wednesday, Aug. 15 in the sanctuary of Gobin Memorial United Methodist Church with a concert of music by Schumann and Brahms, performed by DePauw School of Music faculty May Phang (piano), Randy Salman (clarinet) and Eric Edberg (cello).

There’s no admission charge for the 7:30 p.m. concert. The festival is funded by donations from local individuals, businesses including the Inn at DePauw, and an endowment at the Putnam County Community Foundation.

The program includes Robert Schumann’s “Fantasy Pieces for Clarinet and Piano,” as well as his “Variations on the Name ‘Abegg.’” After a brief intermission, Phang and Salman will be joined by festival founding artistic director Edberg for the “Trio for Piano, Clarinet and Cello” by Johannes Brahms. 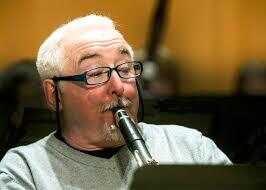 “It’s fascinating to me that May is playing Schumann’s Op. 1 (the Abegg Variations), his first published work, and that we are finishing the program with one of the last works by Schumann’s protege, Johannes Brahms,” Edberg explained. “So we have music the opposite ends of two musical lives. The Brahms trio is warm, rich, and reflective, as well as dramatically exciting at times. It’s one of my favorite pieces of chamber music. More than one commentator has referred to it as ‘autumnal,’ and so as we end this summer of music and look toward fall starting next month, it seems appropriate.”

Edberg concludes, “I’ve deeply enjoyed making music with Randy for over 30 years now, and with May for 15. I’ve just retired from full-time teaching, while continuing to teach cello part-time, and Randy is retiring at the end of this academic year, so we don’t know how many opportunities the three of us will have to perform together in the future as life takes us in different directions. What I do know is that this week’s concert truly exemplifies our motto of ‘friends making music for friends,’ and that it has been an honor to be a colleague of both May and Randy.” 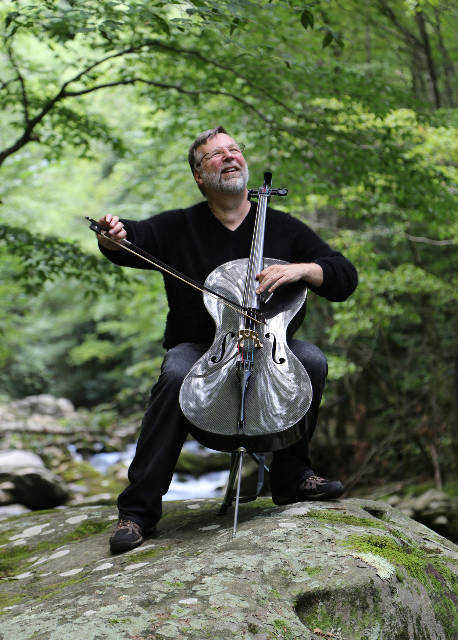 A prizewinner of several competitions, Phang has performed with orchestras such as the Banff Chamber Players, Singapore Symphony, Montreal Symphony, and the Philadelphia Orchestra, and has also been featured on radio and television in Canada, Singapore and the United States.

Her debut solo CD, “Travels Through Time,” inspired by Mark Twain’s “A Connecticut Yankee in King Arthur’s Court,” was praised as being “imaginative” and “enchanted.”

Salman is principal clarinetist with the Lafayette Symphony Orchestra and has worked professionally with the Indianapolis Symphony and Indianapolis Chamber Orchestras, David Baker, Gunther Schuller, Quincy Jones, Tony Bennett and many others. Professor Salman is jazz editor for The Clarinet Journal where he contributes CD reviews and articles on a regular basis.

An active freelance musician, Salman performs for many famous touring ensembles and shows. He is an active studio musician on a wide variety of educational recordings for various music publishing companies. An accomplished performer of both jazz and classical music, he has been a faculty member of the Jamey Aebersold Summer Jazz Workshops since the late 1980s.

Salman, who has performed, toured and recorded extensively with both the Smithsonian Jazz Masterworks Orchestra and Chicago Jazz Orchestra, is a graduate of the University of Illinois, with additional studies in New York and Chicago.

Classical and improvising cellist Edberg is a concert organizer, workshop leader and drum circle facilitator committed to enlivening and connecting people through music, he is the founder and artistic director of the Greencastle Summer Music Festival, which has “brought the community together with friends making music for friends” since 2005.

He has performed internationally as a soloist and chamber musician with artists including Grammy-winning pianist/composer Fernando Otero; pianists Claude Cymerman, Taka Kigawa, and May Phang; cellist David Darling; and flutist Paul Horn.

Dedicated to music as a healing force and to bringing classical music “everywhere,” Edberg has played in nursing homes, schools, hospitals, prisons and even the New York City subways. Edberg attended high school at the North Carolina School of the Arts, and also studied at Juilliard, Peabody, SUNY Stony Brook and Florida State University.

The Greencastle Summer Music Festival will return in May 2019 for its 15th season.