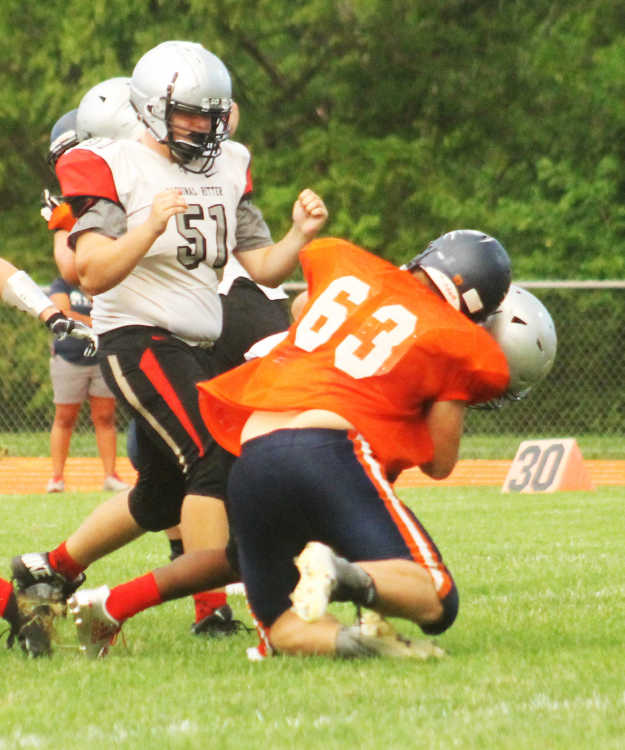 Sam Carnes learned a lot in his first season as a varsity head coach at North Putnam last year, and didn’t wait until this fall to start making changes.

He and his staff got to work shortly after the end of the season to identify areas of weakness and shore those up for the 2018 season.

Carnes likes the results he has seen so far from that hard work, and is hopeful it can turn into even more victories and another Putnam County championship.

“We collectively worked together as a staff to get better at the fundamentals, especially with the transition to a new staff,” Carnes said. “The coaches at every position this year have done an outstanding job of getting on the same page. Not only do we better know what we are doing, but the kids know what is expected of them.”

Carnes thinks the players, especially the seniors, have bought into the idea that it‘s not good enough to “just be North Putnam” and expect success to immediately follow.

“The improvement across the board at each position has been tremendous,” Carnes said.

He has a laundry list of very specific football things that the staff was looking to fix:

• Defensive ends not setting the edge;

• Receivers not having good spacing on their routes;

• Linebackers and their pass drops; and

“Those are weaknesses that the staff targeted and we’ve been working hard to get better in those areas,” he said.

Carnes likes his freshman class and the work it has put in, although breaking into the varsity lineup as a ninth-grader isn’t always easy.

“It can be pretty daunting to go into tackling drills with seniors,” he said. “They are all getting better and learning the offense. Sometimes kids who played a lot in middle school don’t keep playing because they have to wait their time on the varsity level.

“Accepting the role of being a freshman scout team player isn’t easy.” 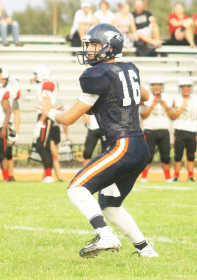 Senior Evan Davies will take over at quarterback for Hayden Rudes, who now plays at Wabash.

“At the start of the summer, we knew he was a good runner,“ Carnes said. “Now at the end of the summer, I can say he’s a pretty good passer too. He’s close to 6-4, and he’s thick too.”

Senior Chris Murray and junior Aidan Baker will do most of the carrying out of the backfield, filling in for graduated standout Ethan Christy.

“They make a great 1-2 punch, and they bring different things to the table,” Carnes said.

Carnes admits his team struggled with its passing routes last year, but is looking to youngsters like sophomore Colton Clifford to provide improvement in that area.

“He impressed a lot of people last year at the county track meet by winning the 400,” he said. “Guys like Scott Proctor, who won the 100, that have been showing up and working hard will see the results this year.”

The tight end spot will be manned by senior Kolten Thorson and junior Skyler Warren.

“They are both tough, quick and hard to bring down,” Carnes said.

On the offensive line, everyone returns except one graduated player.

Luke Sanford moved to guard to make way for Grant Hoke at center.

“Grant Hoke was not on my radar to start until this winter, but he outworked everyone,” Carnes said. “He is the second strongest kid on our team, but he wasn’t at the start of the winter. He lifted his way on the field.

“Luke is a returning all-county and all-conference player who is even better at guard than he was at center.”

Austin Huffman and Bryce Smith, Mason Ray and 300-pound Adam Ammons also return and can rotate through the various positions.

On defense, Tanner Louk, Sanford, Blake Boyer, Colin Hines, Dylan Arnold and Murray will all see time on the line.

“Tanner and Blake are country strong and mean, nasty kids who can cause a lot of havoc in between the whistles,” Carnes said. “They are big, physical kids who are tough to block.”

At linebacker, Carnes says Warren is “as good of a linebacker as I’ve coached” and will be a key to the team’s defense.

Senior James Duncan is a returner in the secondary at cornerback, with Lucious Alexander moving to safety this year.

Sophomore Kevin Barger stood out in offseason workouts thanks to his footwork and will also provide depth in the backfield.

Proctor and Baker will play safety. Denny Bayne had transferred to Martinsville but has returned to North Putnam and will also see time in the secondary along with Robert Green.

Carnes said his team will always “take whatever the defense gives them,” and thinks his offensive line will lead to a strong running attack.

”In high school football, you want to stop the run, but we have quick people on the outside who can make you pay for loading up the box,” Carnes said. “This is the 50th year of North Putnam, and this is Team 50. I’m excited about it.” 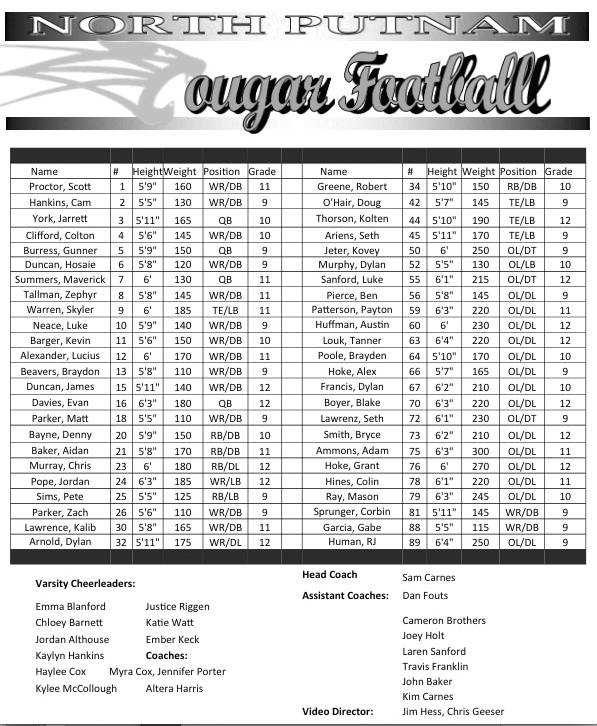 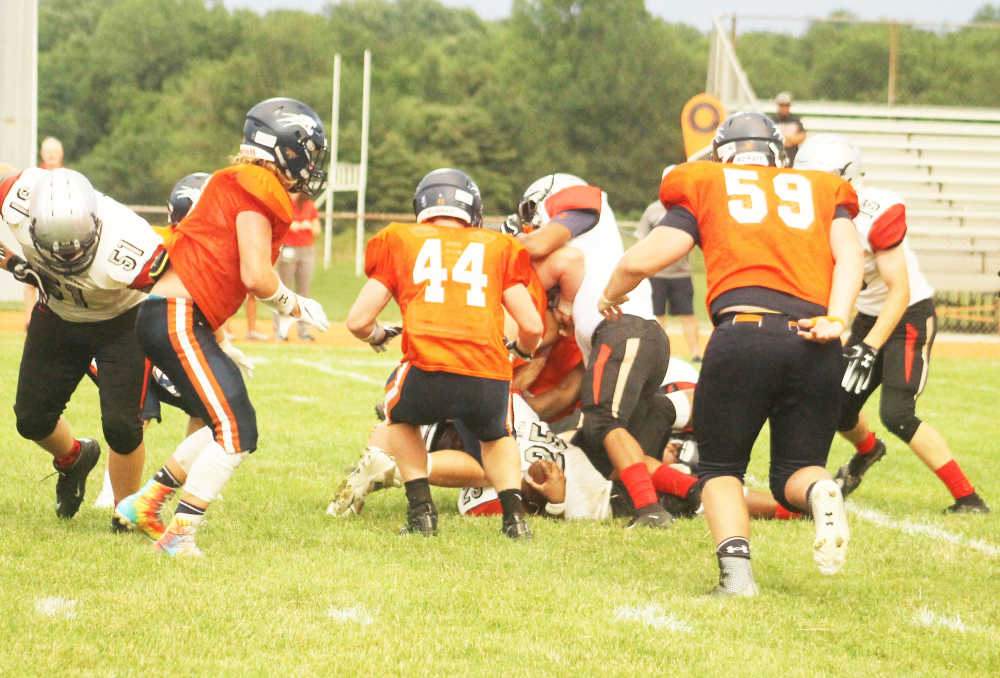