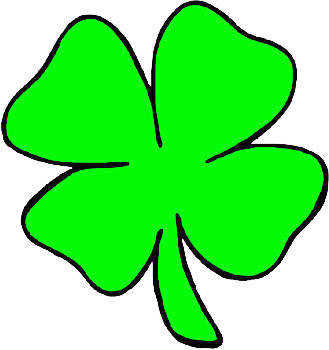 CLOVERDALE -- Cloverdale defeated Cascade 3-0 on Thursday night in high school volleyball to improve to 2-0 on the season and 1-0 in Western Indiana Conference play.

The Clovers and Cadets battled back and forth in the first set with Cascade taking an 11-8 lead.

Junior Kenzie Stoltz stepped back to the service line and ripped six straight points to give the Clovers a 14-11 edge.

The Clovers wouldn’t look back in the first set and closed set one with a 25-19 score. Cloverdale’s offense in the second set was a triple-headed attack with Stoltz, Tori Combs and Kassie Wade collecting multiple kills.

The second set the girls in green established control from the start with a strong serving attack and some scrappy defense by Hailey Thomas and Kaya Daub, who each tallied five digs.

Daub also paced the service attack turning a 6-3 Clover lead to 13-3 before her serving streak was broken by the Cadets. Senior Kayla Perdue and Stoltz led the offensive attack with three kills and four kills respectively in the second set.

The third set saw Cascade race out to a 5-0 lead, but the Clovers forced a sideout on three of the next four rotations while getting short serving runs to close the five-point gap quickly.

A 5-0 Cadets lead quickly turned to a 9-7 Clovers advantage with the help from senior Tori Combs’ service run. Daub was the next server in line and it was the same story in a different set as the junior served eight straight points.

Stoltz tallied six kills in the set while Combs had four kills on six attempts to put the Cadets away.

“I thought our JV girls set the tone tonight for our conference opener,” Clover coach Sam Jones said. “A lot of that energy and excitement came from our JV victory. Those girls had numerous times they could have accepted defeat and been willing to try and win it in the third set but I’m happy to see that fight from start to finish.”

“Typically offense gets all of the glory, but I need to make sure our defense gets the credit they deserve,” he said. “There were a number of times tonight that Cascade took some big swings and because our girls were disciplined and committed to getting the ball into Hannah [Rady]’s hands, we won a lot of the longer rallies and stretched the score out even more. To have 51 digs in a three-set match says we had some girls flying around and handling the consistent Cadet attack.”

Jones also credited Rady, his senior setter, with helping get the offense in the right position.

“Hannah and our front row are starting to take some risks to make our offense more dynamic,” he said. “We will need that to continue to grow as our season continues. Kenzie, Kayla, Haley, Tori and Kassie all have put in work on scoring out of system and they showed what we are capable of doing when our passing is on point. “

The Clovers have a long week coming up, playing at South Vermillion on Monday, hosting Clay City on Tuesday, hosting West Vigo on Thursday and playing in the Scottsburg Invitational next Saturday.

“We will take on some big opponents in Jasper, Evansville North, and the host Scottsburg,” Jones noted. “The other pool has 1A No. 2 Barr Reeve, 1A No. 6 Hauser, 2A No. 1 Christian Academy and Butler (Ky.). If we want to achieve the goals our juniors and seniors set for our program, this tournament will help prepare us to achieve them.”

The JV Clovers roared out with a first set win over the Cadets, 25-14. The set was still anyone’s game as sophomore Alexa Wynia stepped back to the service line with the Clovers up 17-14. The Clover defense fueled the attack and Wynia finished off the Cadets with the final eight points.

• Tiger Cubs drop pair — Greencastle’s girls played a pair of tough opponents this week and fell short in both matches.

On Tuesday, the Lady Tiger Cubs rallied for the first match of the season against Tri-West and took a 3-0 lead with all scores coming from senior Erin Thomas before losing 6-3.

On Thursday, weather played havoc with a home match against Terre Haute South.

“The team was able to improve with passing and making connections and trailed the Terre Haute team at 1-0,” Weeks said. “With one rain delay during the first half and a rain stoppage during the second half, the team just ran out of time.”

Sammie Shrum led the Clovers with a 50, while Grace Leonard had a 59, Libby Dominguez had a 63, Michaela Nees had a 65 and Gayle Baugh shot a 69.