Ronald was born in Indianapolis on Sept. 20, 1948, and was a graduate of Tech High School. 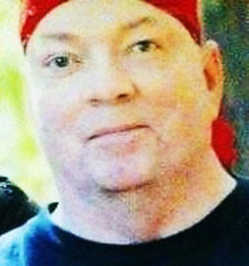 Mr. Lavely served in the United States Army as a paratrooper and infantryman. He served with the 4th Infantry Division and was a sergeant on his second tour with Company A 3rd Infantry (Airborne) 503rd Infantry with the 173rd Airborne Infantry Brigade. He was very proud of his service as he met the brothers he longed for. He received two Purple Hearts and the Medal of Valor, amongst other honors.

He returned to work at the Indianapolis Star News, and the United States Post Office in Bloomington where he gained more brothers.

His proudest moments of life was his service to his country, his love for the outdoors, and love of his only child, Megan Elizabeth Lavely.

He is survived by daughter, Megan Lavely.

Many more survivors from the Vietnam War and the Post Office. He held them all close to his heart. He was preceded in death by his brothers in Vietnam.

To live is to die - to die is to live again.

Services will be held at 6 p.m. Thursday, Aug. 23 at Hopkins-Rector Funeral Home, Greencastle, with Pastors Donny Watson and Brian Langdoc officiating. Visitation will be from 2 p.m. until time of service Thursday.

Burial will take place in Indiana Veterans Memorial Cemetery in Madison on Friday, Aug. 24 at 1 p.m. The procession will be leaving Hopkins-Rector Funeral Home at 9 a.m. Indiana Patriot Guard Riders will join in on the course from Greencastle to Madison.