A Greencastle native, whose animation attraction began in a darkened Ashley Square Cinema, will premiere his award-winning animated short film, "The Encounter," Sunday, Aug. 26 in Bloomington.

The 7-8 p.m. event at the Buskirk-Chumley Theater, 114 E. Kirkwood Ave., is free and open to the public. No tickets are necessary.

The screening is 13 minutes long and will be followed by a question-and-answer session with cast and crew. 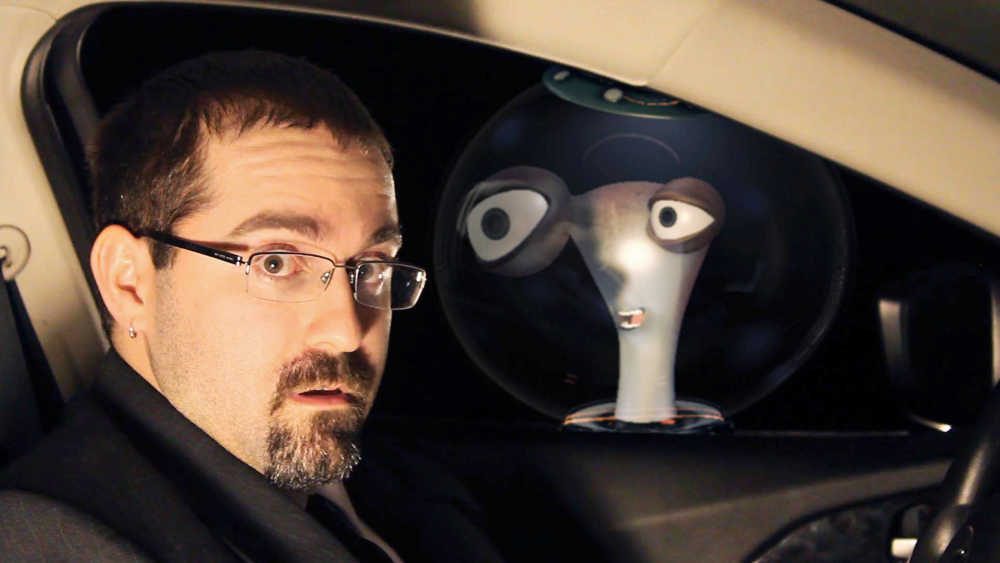 Thomas DeCarlo has a little enounter with the alien for a bit of fun in a video in a fundraising campaign for his animated short film, "The Encounter," back in 2015.

The creator, Thomas DeCarlo, was born and raised in Greencastle, and launched a small animation studio, DeCarlo Animation, in Bloomington in 2017.

DeCarlo describes "The Encounter" as "a family-friendly, sci-fi adventure-comedy about a rookie government agent who attempts to hunt down his first UFO."

The 34-year-old DeCarlo, the son of Pat Newman and Victor DeCarlo, has called on friends and former classmates for help with his project.

The agent is voiced by Zachary Spicer -- another Greencastle native and DeCarlo's oldest friend -- who has been making waves around the state for his work with Pigasus Pictures following the release of his acclaimed movie, "The Good Catholic" last year.

"My film also opens with a song from Kevin Crafton," he said, mentioning another GHS graduate who is a former Banner Graphic reporter."

DeCarlo completed the film in November, and he says "it has been screening at festivals from coast to coast, including a win for Best Animated Short at the Windy City International Film Festival in Chicago." 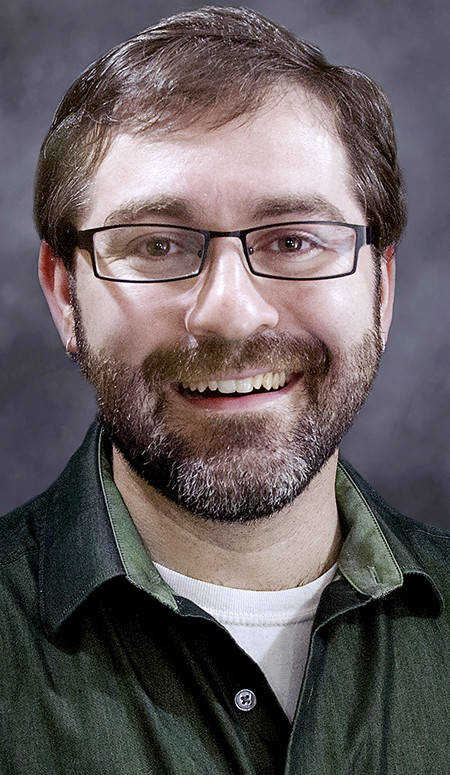 DeCarlo attended Denison University in Granville, Ohio, earning a Bachelor of Arts degree in cinema in 2005.

"I studied live-action filmmaking in college," he said, "and produced two films during my summer breaks with Zachary Spicer, including the feature-length drama 'Exit 41' (not publicly available) that was completed in 2003."

DeCarlo said he can trace his interest in animation back to his pre-teen days when "Toy Story" captured his fascination after its 1995 release.

"I have enjoyed computer animation since watching 'Toy Story' at Ashley Square Cinema (in Greencastle) at least three times when it came out," he told the Banner Graphic, "but it wasn't until after I graduated college that I decided to leave live-action. 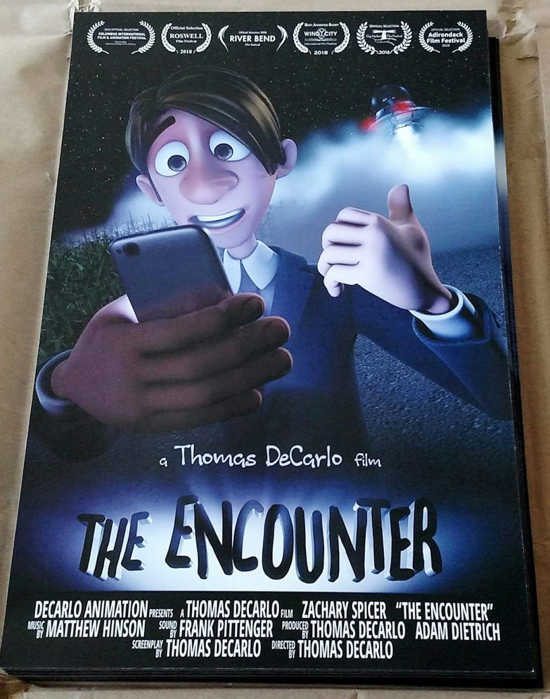 "Animation," he explained, "allowed me to capture my big imagination in a way that I could never afford to do with a live-action production, so I purchased software and began the slow process of teaching myself computer animation."

Ten years later, he had learned enough about the animation process to launch a film.

"Still, when I started 'The Encounter,' I had never actually rigged or animated a character before, so I had a significant amount left to learn during the production," DeCarlo said, noting it took two years to complete the film.

"My plan is to produce one more short film in 2019," he said, "then raise the funds to launch a feature-length adaptation of 'The Encounter' in 2020 -- which I expect to take three to four years to complete."

Although Sunday's screening takes place in Bloomington, DeCarlo expects to share his success with his hometown sometime soon.

"I have not scheduled a screening in Greencastle," he said, "but it's on my list of things to do in the near future."

So, coming soon to a theater near you ...