All school board races remain uncontested as filing deadline looms

With days remaining until the school board filing deadline, none of eight local school board positions set to appear on local ballots has more than one candidate.

Two of the spots remained unfilled entirely as of late Tuesday morning. 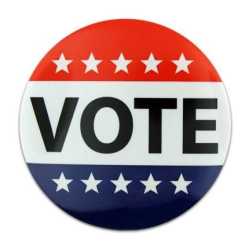 The deadline to file for one of these positions is noon on Friday, Aug. 24.

In the Cloverdale district, two encumbents are seeking re-election without opposition.

Whitaker has served one term on the board, while Hinton was appointed to the board in July after the resignation of Daniel Hofmann.

The remaining Cloverdale position on the ballot remains unfilled. Duane Huge currently represents Taylor Township, Owen County, but neither he nor any other candidates have filed.

In the North Putnam district, one person is seeking each of the three positions on the ballot, with Ron Spencer seeking a second term in Floyd Township and Travis Lambermont seeking a third term from Clinton Township.

In Jackson Township, Joan Knapp is the only candidate for the position currently occupied by John Hays.

South Putnam has one candidate seeking one of the two open positions.

In Jefferson Township, neither incumbent Wesley Hacker nor any other candidates have filed.

There is precedent for local positions going unfilled in school board elections. In 2014, no one filed for the Jackson Township position on the North Putnam board, but Hays was retained for an additional four-year term.

In 2016, two Cloverdale Township positions went unfilled on the ballot when neither Rob Schroer nor Chris Mann ran for re-election. Both men resigned their positions and the school board took applications and interviewed candidates, choosing Katrina Lewis and Joe Mann.

Although time is short, any potential candidates for these positions may still pick up candidate packets at the Putnam County Voter Registration Office on the second floor of the Putnam County Courthouse in Greencastle. The office is open weekdays from 8-4 p.m.

The packet includes a petition, for which a candidate needs to gather 10 sginatures of registered voters from the district in question. Candidates must also file a statement of economic interest.