Some areas of the recent U.S. 231 repaving project stretching from Greencastle to Cloverdale will soon have to be revamped, Indiana Department of Transportation (INDOT) officials have confirmed. 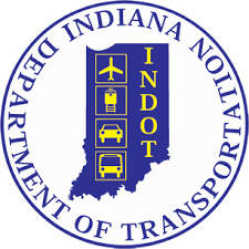 Rumble strips in those areas on the newly paved roadway were incorrectly placed, making the road narrower than what was planned.

In a statement to the Banner Graphic, Debbie Calder, communications director for the Crawfordsville district of INDOT, relayed that the majority of the completed roadway conforms to design guidelines.

Calder said the portions of the road that need to be corrected will be milled and have the edge line rumble strips relocated.

At this time, the exact locations and the timeframe to fix them have yet to be determined.

While INDOT has overseen the undertaking, the project was contracted to Wabash Valley Asphalt for $4.4 million. The focus of the effort was to resurface U.S. 231 just north of State Road 42 to just south of State Road 240, according to the original press release announcing the project.

In an additional statement provided to the Banner Graphic Wednesday morning, Calder said that Wabash Valley Asphalt will make the corrections at its own cost.

The project in its entirety is tentatively scheduled for completion by Oct. 15 of this year.