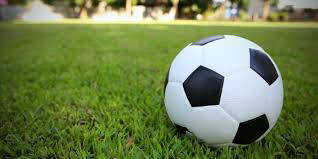 SULLIVAN — North Putnam traveled to meet the Golden Arrows on a hot Monday night and emerged with a 5-0 victory.

The Cougars were winning 2-0 at halftime and came out in the second half to score three more goals. North Putnam got two goals from Brayden Polley and one each from Elliot Sabens, Ashton Shaw and Brendan Chandler.

Senior goalkeeper Aidan Millican had another clean sheet as well to highlight the night.

The Cougars are back in action Thursday at home against Southmont at 5:30.

Coach J.D. Sims thought his team had its best night of the year on Tuesday against Crawfordsville in a 7-3 win.

“The boys showed a lot of aggression and defense from all positions on the pitch,” Sims said. “Pressing led to turnovers, and turnovers led to chances on goal. Hector Lezama and Jakob Foss were hugely influential on the score board and making plays that lead to goals.”

Foss led the Tiger Cubs with three goals, while Hector Lezama added a pair and Ben Parsons and Jacob Baker each added one.

Lezama and Ivan Glotzbach each had 1.5 assists, while Parsons, Ben Wilkerson, Matthew Muncie and Dylan Kendall each had one assist and Foss had half an assist.

“The backline played with a great amount of confidence shutting down Crawfordsville repeatedly,” Sims said. “Every player on the field gave 100 percent. Thanks to all the fans who came out and supported us. It was a fun night.”

On Thursday, the Cubs lost 5-0 to visiting Danville.

“We had a rough loss to Danville,” coach Sims said. “Greencastle was slow at the start, giving away a penalty and letting in a goal in the first 20 minutes. The boys started to find some cohesion after that, but it was not enough to break Danville’s grasp on the game.”

Sims thought his team played better in the second half.

“The boys had more possession and began to string some passes together in the middle of the park,” he said. “We will learn from our loss, and begin to prepare for the our conference game on Thursday [hosting Northview].”

• South Vermillion 3, Greencastle 2 — The Tiger Cubs won at No. 1 and No. 2 singles in falling to the Wildcats.

Greencastle is now 2-4 for the season. Anthony Conley won at No. 2 singles to improve his record to 4-2, while Trent Ross won at No. 1 singles to even his mark at 3-3.

Greencastle will travel to West Vigo today and to the Macy Invitational at Crawfordsville High School/Wabash College on Saturday.

• North Putnam 3, Cascade 2 — On Monday, North Putnam won the first two sets over Cascade and then lost the next two before winning the deciding fifth set.

Bradi Gierke had 14 kills and three aces for the Cougars, while Brie Miller had 16 kills and four aces, Kinzey Young had four kills, Haley Stevenson had five kills, Clarissa Gibson had two aces, Kyla Willis had four aces and 29 digs, Zoey Dickson had three aces and 15 assists, Haley Dickson had one ace and 19 assists and Olivia Denny had five digs.