Meet Imam Sami Aziz, a first for DePauw and the United States 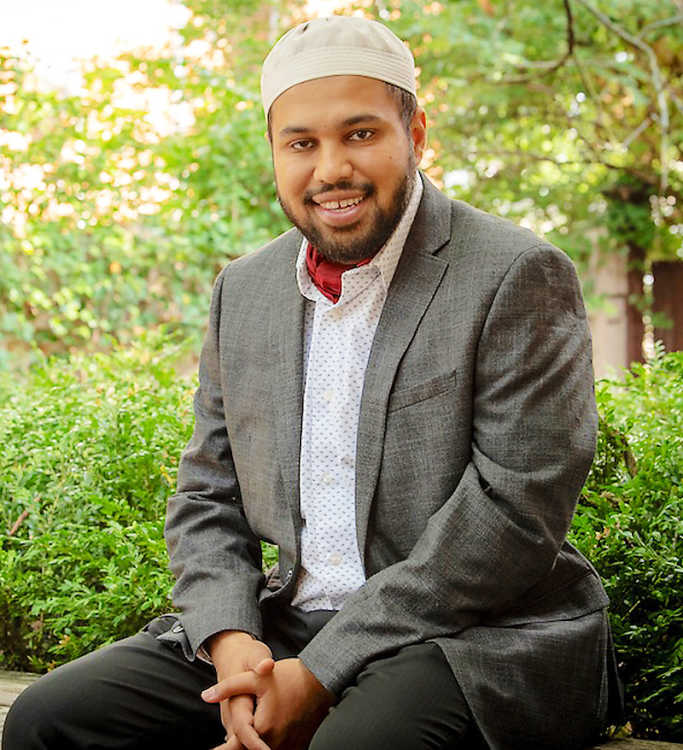 Sami Aziz joined DePauw University in late July as a chaplain and director of the Center for Spiritual Life.
Courtesy photo

Being the first Muslim leader to direct a spiritual life program at a college in the United States is “ a huge honor and a blessing but also a big responsibility,” says Sami Aziz, who joined DePauw University in late July as a chaplain and the director of the Center for Spiritual Life.

Aziz hopes to be the voice for the people who don’t have a voice.

“I will encourage students if there’s an issue or incident that they should express what’s wrong and seek remedy for it,” he says.

Several factors drew Aziz to DePauw – the people he met and the unique opportunity. The Rev. Kate Smanik, chaplain and assistant dean for civic engagement, was one of those people, he says. “I loved her presence and how welcoming she was. She’s a great leader and will be a wonderful mentor for me.”

Aziz, who holds a master’s degree in Islamic Studies and Muslim-Christian Relations from Hartford Seminary, says he senses a strong welcoming vibe across campus.

“And the fact that I could sit with President (Mark) McCoy and have a one-on-one conversation and leave happier than when I went in was a huge sign that DePauw was the right place for me.”

Having the opportunity to be the first Muslim ever to be a university’s director of spiritual life, was a major factor in Aziz’s decision.

“The fact that DePauw chose a Muslim to be the director of spiritual life in the midst of a Muslim ban is a testament to the administration’s desire for world peace, greater understanding and interfaith dialogue,” Aziz said.

The imam, who recently completed the Islamic chaplaincy program at Hartford Seminary and is in his final year as a doctoral student, is writing his dissertation on religion phobia on American college campuses, specifically liberal arts colleges.

“I found from working in secular America that religion is removed from general life,” he said. “We’ve created a culture that we can’t be ourselves religiously.

“If you look at the charts of the increase of people not affiliating with religious institutions, the trend is down the last 50 years, but mental health issues are going up – suicide, depression and anxiety. I believe there is a correlation.”

Before taking the DePauw position, Aziz was the Muslim chaplain at Wesleyan University in Connecticut.

He has worked with more than a dozen educational and service-based organizations in the American Muslim community over the last decade and is the founder of the Common Ground Institute. Aziz is also a public lecturer on Islam, interfaith work and Muslim culture.