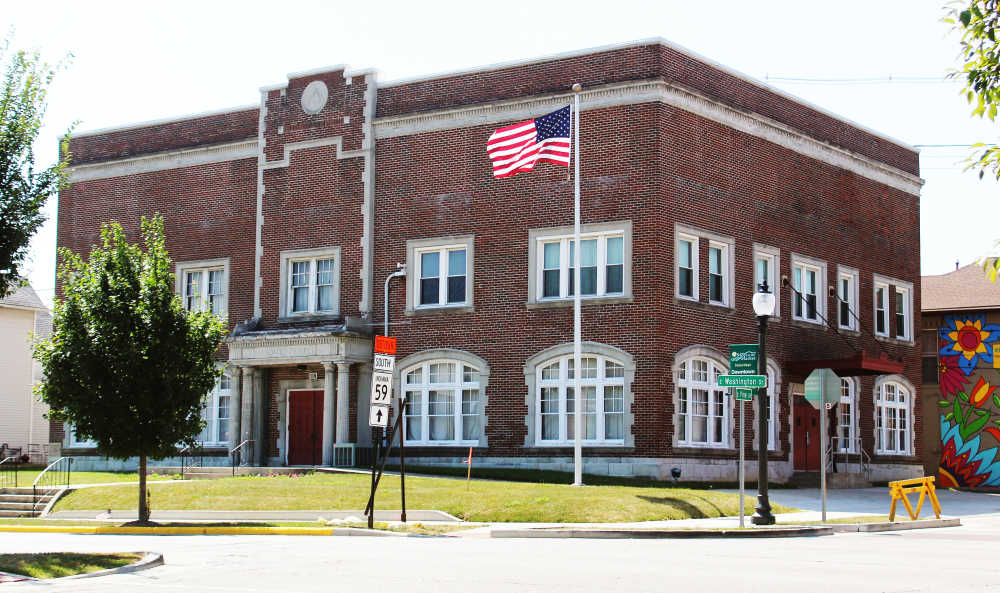 The historic Greencastle Masonic Lodge at the southeast corner of Washington and Vine streets is no longer under consideration as a possible location for a Putnam County Courthouse annex.
Banner Graphic/Eric Bernsee
Order this photo

The next home of the Putnam County Courthouse Annex will not be the Greencastle Masonic Lodge.

County commissioners had expressed interest in the building as a place to house county offices. The men of Temple Lodge 47 F&AM also sought in recent years to sell the building to the Putnam County Museum.

However, the results of a feasibility study and two appraisals of the 118 E. Washington St. building have commissioners believing that building an entirely new location is the better solution.

The study was conducted by Pyramid Architecture and Engineering.

The cost of buying and renovating the Masonic building would be an estimated $1.8 million. This would include retrofitting the building to accommodate the electrical, telecommunications, HVAC and plumbing needs of an office building.

While the cost of building a new building is higher at an estimated $2.6 million, the commissioners felt that there were certain advantages to such a plan.

One of these is parking. The Masonic Lodge does not have room for on-site parking, and the access to free downtown lots is slightly worse than it is from the Putnam County Courthouse.

On the other hand, the proposed location for a brand new building is the one acre of land the county still owns north of Jones School, the old county annex. Architects estimate that 50 to 60 parking spaces would be available on that lot.

Commissioner Rick Woodall also asked about the possibility of future expansion at a new location, something not available on the existing building. Building a third floor on a new annex that is move-in ready would cost an estimated additional $500,000. Building a third-floor shell that could later be upgraded would be $250,000-$300,000.

One factor the Masonic building had in its favor is location, just over a block from the courthouse.

However, perhaps the biggest factor is that of efficiency and future costs. The architects told the commissioners that a new building would cost an estimate 50 cents per square foot per month to heat and cool. The old building, on the other hand, would cost between $1.25 and $1.50.

Based on these factors, the commissioners voted not to move forward with the Masonic Lodge purchase.

Commissioner Rick Woodall emphasized that there are no plans at this time to move forward with building a new annex.

However, county officials are hopeful to continue planning and saving for the construction of an annex.