Guest Artist Series opens with more than just with a bang 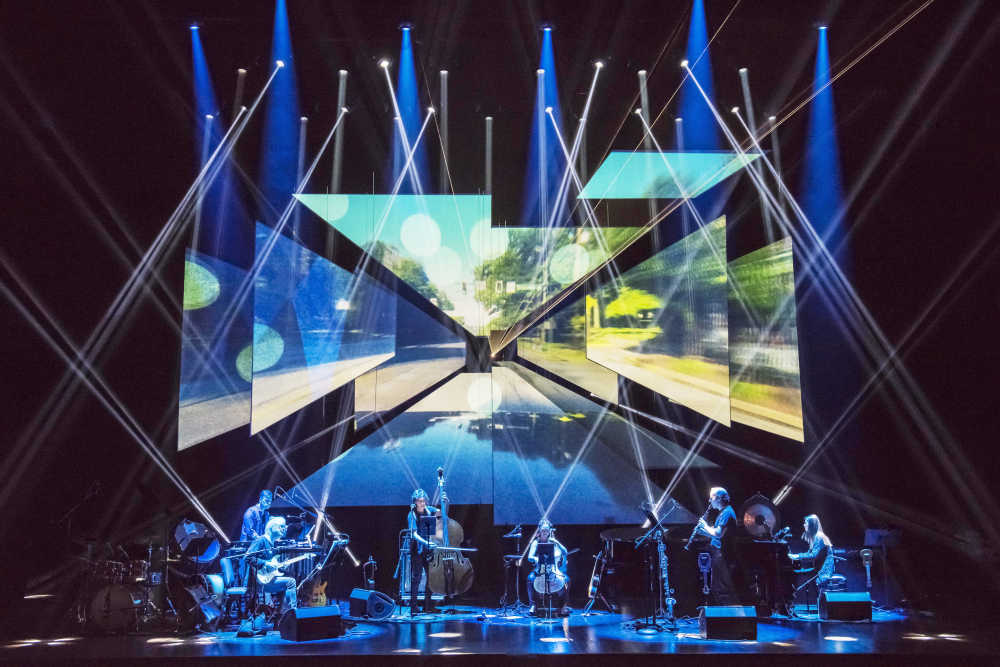 BOAC co-founder and composer David Lang describes the program planned for DePauw as a kind of “ghost” story.

“We asked composers from different parts of the music world to find a recording of something that already exists — a voice, a sound, a faded scrap of melody — and then write a new piece around it.” Using archival audio, found sound and video, Field Recordings builds a bridge between the seen and the unseen, the present and absent, the present and the past, channeled through the “unstoppable” Bang on a Can All-Stars.

Now including more than 30 commissioned works and two double-disc album releases on Cantaloupe Music — Field Recordings (2015) and More Field Recordings (2017) — the project has almost become a genre in its own right, a new adventurous palette of sound that includes film and electro-acoustic forays into the future.

The All-Stars’ Field Recordings program on Sept. 15 will feature the following works:

-- Caroline Shaw: “Really Craft When You”

-- Steve Reich: “The Cave of Machpelah”

Known as some of the best contemporary musicians in the world (multi-instrumentalist Mark Stewart also is music director for Paul Simon), the All-Stars are recognized for their ultra-dynamic live performances. Freely crossing the boundaries between classical, jazz, rock, world and experimental music, this six-member amplified ensemble not only has forged a unique category-defying identity, but one with a massive repertoire of works written specifically for the group’s distinctive style and instrumentation.

Performing throughout the U.S. and internationally, the All-Stars’ celebrated projects include the landmark recording of Brian Eno’s classic “Music for Airports” and Terry Riley’s “In C,” as well as live performances with Philip Glass, Meredith Monk, Don Byron, Iva Bittova and Thurston Moore. The All-Stars have worked in unprecedented close collaboration with some of the most important and inspiring musicians of our time, including Steve Reich, Ornette Coleman, Burmese drum master Kyaw Kyaw Naing and Tan Dun, among many others.

The group was awarded Musical America’s “Ensemble of the Year” and has been heralded as “the country’s most important vehicle for contemporary music” by the San Francisco Chronicle.

Bang on a Can also has contributed to creating an international community dedicated to innovative music, wherever it is found. According to The New York Times, the group has played “a central role in fostering a new kind of audience that doesn’t concern itself with boundaries. If music is made with originality and integrity, these listeners will come.” And since its first Marathon concert given in 1987, come they have.

Bang on a Can has grown from a one-day New York-based Marathon concert (on Mother’s Day in a SoHo art gallery) to a multi-faceted performing arts organization with a broad range of year-round international activities. “When we started Bang on a Can, we never imagined that our 12-hour marathon festival of mostly unknown music would morph into a giant international organization dedicated to the support of experimental music, wherever we would find it,” writes BOAC co-founders Michael Gordon, David Lang and Julia Wolfe. “But it has, and we are so gratified to be still hard at work, all these years later. The reason is really clear to us — we started this organization because we believed that making new music is a utopian act — that people needed to hear this music, and they needed to hear it presented in the most persuasive way, with the best players, with the best programs, for the best listeners, in the best context. Our commitment to changing the environment for this music has kept us busy and growing, and we are not done yet.”

Current projects include the annual Bang on a Can Marathon; The People’s Commissioning Fund, a membership program to commission emerging composers; the Bang on a Can All-Stars, who tour to major festivals and concert venues around the world every year; recording projects on Cantaloupe Music; the Bang on a Can Summer Music Festival at MASS MoCA — a professional development program for young composers and performers led by today’s pioneers of experimental music; Asphalt Orchestra, Bang on a Can’s extreme street band that offers mobile performances re-contextualizing unusual music; Found Sound Nation, a new technology-based musical outreach program now partnering with the State Department of the United States of America to create OneBeat, a revolutionary, post-political residency program that uses music to bridge the gulf between young American musicians and young musicians from developing countries; cross-disciplinary collaborations and projects with DJs, visual artists, choreographers, filmmakers and more.

Each new program has evolved to answer specific challenges faced by today’s musicians, composers and audiences, in order to make innovative music widely accessible and wildly received. Bang on a Can’s inventive and aggressive approach to programming and presentation has created a large and vibrant international audience made up of people of all ages who are rediscovering the value of contemporary music.

General admission to the Green Guest Artist Series is $20; tickets for seniors, children and all students are free. For online purchases, visit music.depauw.edu.

The GCPA box office also will be open 90 minutes prior to the performance in the Green Center for the Performing Arts (605 S. College Ave.). Sale of Green Guest Artist Series season tickets at the Center continues through Sept. 4. Individual ticket sales will begin on Wednesday, Sept. 5.