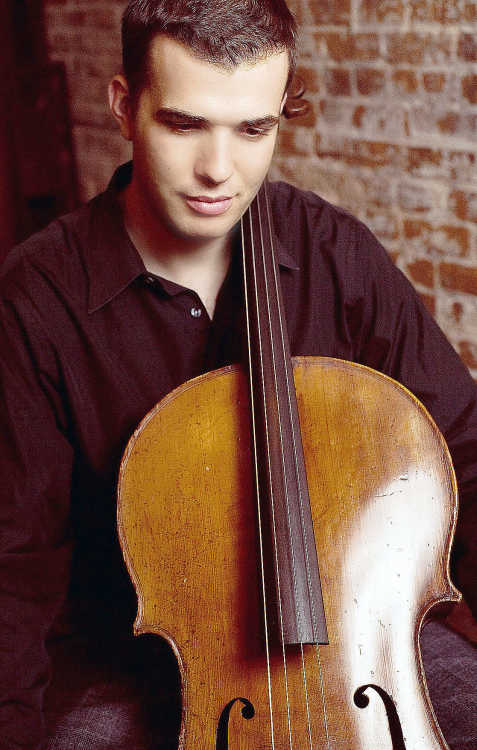 DePauw violin faculty and Ensemble Dal Niente member Tarn Travers will be joined by Ensemble Dal Niente’s founding cellist Chris Wild to present an evening of contemporary works for violin and cello that, while sounding completely new, are grounded in the past.

The concert will be given at 7:30 p.m. Wednesday, Sept. 12 in Thompson Recital Hall of the Green Center at DePauw. 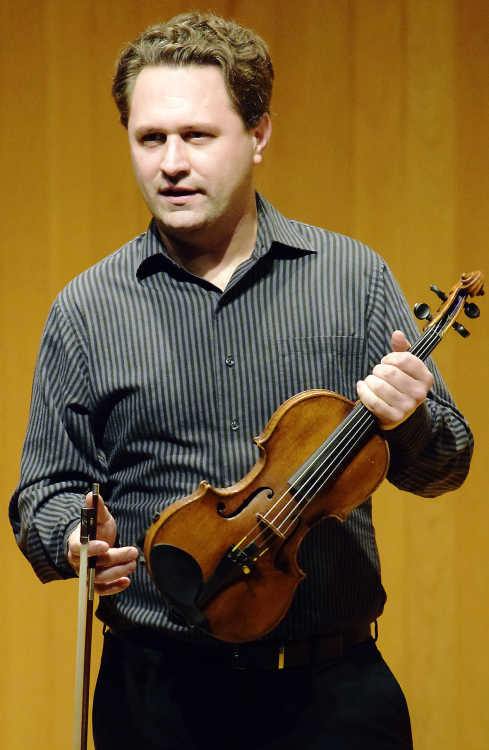 Also on the program will be the “Partita for Solo Violin” by Mexican-American composer Ramiro Cortés, a work based on the Partitas of Bach as well as works by Salvatore Sciarrino (Studi #1 for solo cello) and Elliot Carter (Adagio and Duettino), two of the most towering and influential figures in the European and American contemporary music scenes.

The New York Times has lauded guest cellist Chris Wild’s enthusiastic pursuit of musical connections as “insatiable.” Currently based in Chicago, he is conductor for the Andrews University Symphony Orchestra; conductor and co-director of Aprčs L’Histoire; and cellist for the contemporary music collective Ensemble Dal Niente.

Wild’s recent and upcoming activities include performances at Walt Disney Concert Hall, the Metropolitan Museum of Art, and The Art Institute of Chicago, as well as leading staged productions of L’Histoire du soldat at The Poetry Foundation, The Arts Club of Chicago, and Northwestern University with Aprčs L’Histoire.

Travers performs regularly around the world as a soloist, chamber musician and an orchestral player. In 2001, he was a prize winner at the Heifetz Guarneri auditions, which led to a performance on the historic “ex-David” Guarneri, the favored violin of Jascha Heifetz. In addition to performing with Ensemble Dal Niente, he serves as concertmaster of the Indianapolis Chamber Orchestra and teaches violin students and coaches chamber ensembles at the DePauw School of Music.

General admission to the Faculty Select series is $5. Tickets for seniors, children and all students are free.

For online purchases, visit music.depauw.edu. The GCPA box office also will be open 90 minutes prior to the performance, in the Judson and Joyce Green Center for the Performing Arts (605 S. College Ave.). Sale of individual tickets to all events at the Center is now under way.