Peck steps away from Foundation role to pursue new chapter 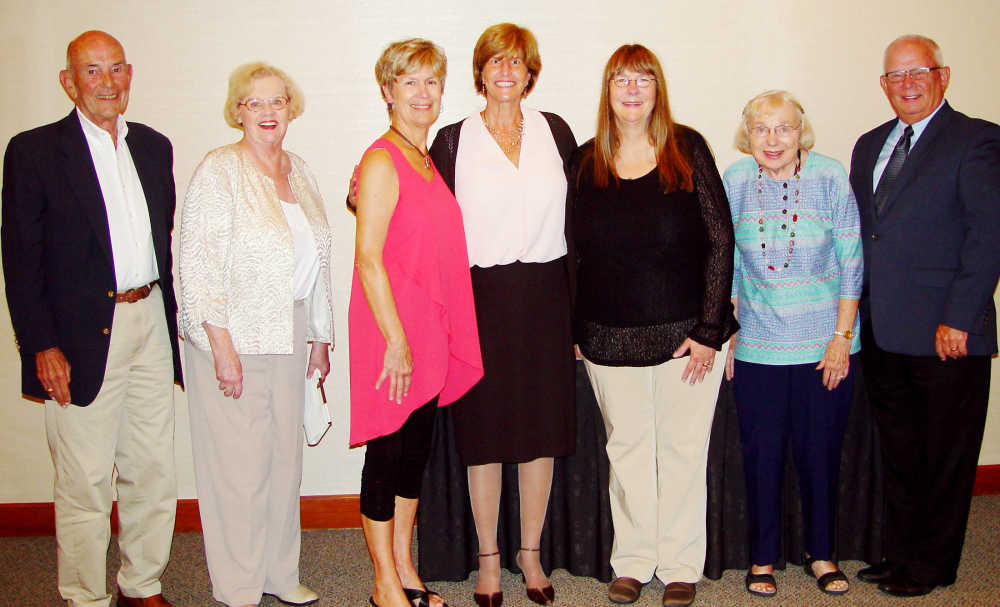 Past presidents of the Putnam County Community Foundation were among those honoring departing Executive Director Elaine Peck (center) during a recent reception in her honor. Past presidents on hand for the occasion are (from left) Bob Evans, Jinsie Bingham, Sue Murray, Peck, Vicki Timm-Aker, Ellie Ypma and 2018 President Ken Eitel.
Courtesy photo

The Putnam County Community Foundation Board of Directors recently recognized departing Executive Director Elaine Peck at a reception to show their appreciation for the contributions and leadership Peck has exhibited during her tenure as executive director.

For 17 years Peck has served the Foundation, the Putnam County community and its people, touching many people during her time with the Foundation, organization officials said.

The assets of the Foundation have grown and the partnerships with local nonprofits have reached the heart of Putnam County during her tenure.

“I am grateful of the privilege to serve the people of Putnam County through the Community Foundation,” Peck said. “I am proud of the record of my success, achievement, growth, integrity and service.”

Peck’s leadership was lauded by Ken Eitel, current president of the Foundation.

“She has guided the Foundation as the organization grew and has become admired statewide for attention to detail, integrity and leadership in the community,” Eitel said. “The board wishes her well as she pursues the next chapter of her life and deeply appreciates her years of dedication and service.”

The Foundation Board has appointed a search committee and is consulting with the Indiana Philanthropy Alliance (IPA) to immediately begin the search for a new executive director.

Requests for information should be directed to Ken Eitel, president of the Foundation, at keitel@pcfoundation.org