Mustangs use team speed to ramble over Eagles 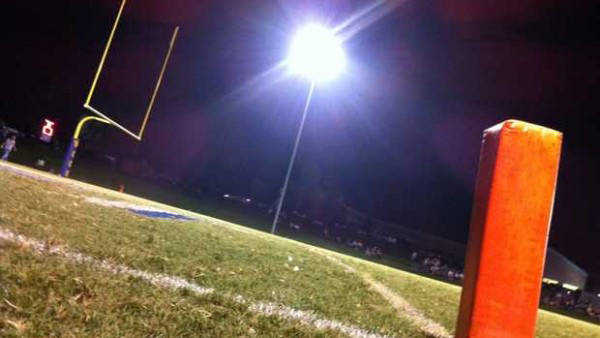 Team speed is the greatest weapon on a football field. The South Putnam Eagles found out Friday night that the visiting Edgewood Mustangs had a lot of speed. The Mustangs scored three times from more than 70 yards out and added three more of more than 30 yards from the end zone in defeating the Eagles 40-16.

“We were disappointed in the 40 on the board, but our defense did not play that badly. They are really good and really fast and can score quickly,” South Putnam head coach Nathan Aker said.

The Eagles got their homecoming crowd going early. South recovered a Mustang fumble at their own 49-yard line on the first possession and then proceeded to march 51 yards in 12 plays to score on a Dalton Scott 2-yard run. The Eagles then converted a trick play with Hayden Switzer finding Scott for the two-point conversion take an early 8-0 lead.

Edgewood wasted no time in answering the score. On the second play from scrimmage following the kickoff, Jon McGlothlin took a pass from Schuyler Curtis and went 77 yards to cut the lead to 8-7.

The Eagles tried to answer and picked up a couple of first downs on the next possession, but a pair of penalties hurt them and they were forced to punt the ball away. Again, the Mustangs struck from long distance. Curtis took off on a 76-yard touchdown jaunt and the Mustangs had the lead 13-8.

“We told the kids they really relied on the big play. They hit those tonight and we struggled to keep up,” Aker said.

South couldn’t get anything going on its next possession and guess what happened after giving the ball back to the Mustangs? Yep, a 60-yard touchdown run on the first play by Levon Bellemy. The PAT was good and Edgwood led 20-8 heading into the locker room at the half.

Samara Young was crowned Homecoming Queen at the break and the Eagles tried to bounce back on their first possession of the second half. A good kickoff return by Kain Gregory gave the Eagles good field position and they drove down inside the Mustang 20-yard line, but failed to convert and turned the ball over on downs.

“It might have made a difference if we get that touchdown early in the third quarter,” Aker said.

Edgewood did it again as Bellemy took a Curtis pass for 73 yards and the Mustangs took a commanding lead at 27-8. Then after forcing an Eagle punt, scored quickly again with a 41-yard pass from Curtis to Parker Hall and a 33-8 lead still in the third quarter

The Eagles were forced into passing situations and Edgewood stopped the next three drives with interceptions, including a 31-yard interception return by David Brown to cap the scoring for the Mustangs.

The Eagles would finish the night on a positive note. Xavier Langley was able to tack on a touchdown with a 7-yard run late in the game, then he hit Steven Schnepp with a halfback pass for the two-point conversion to set the final margin at 40-16.

“This part of the schedule is rough. We have a lot of tough games from here on out. We did some good things tonight,” Aker said.

The Mustangs totaled 414 yards of total offense on the night. Though the Eagle offense couldn’t match the firepower, it did have some success. South hadn’t thrown the ball much this season, but made some plays in the passing game. They picked up 123 yards in the air with a season high 12 completions on 28 attempts.

“We wanted to do more of that last week (against Greencastle), but the weather really stopped that. I thought we threw the ball pretty well. We got the ball into the hands of some kids who can make plays,” Aker said.

The Eagles will put their 2-3 record on the line next week at home against West Vigo in a Western Indiana Conference game.

Next game – South Putnam (2-3) will travel to West Vigo next Friday for a Western Indiana Conference game.