Greencastle man asks for officer, gets arrested for DWI 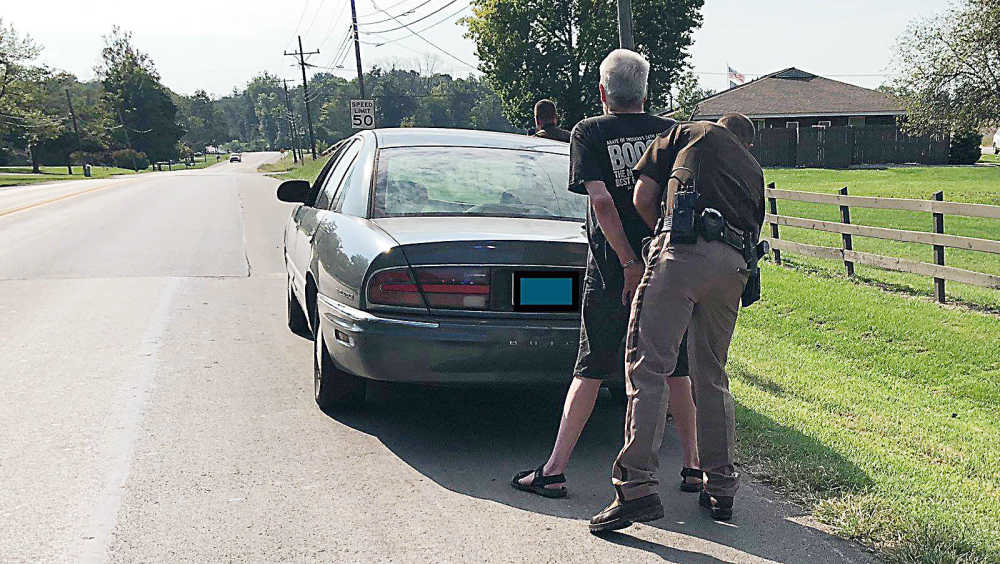 A Greencastle man is taken into custody for driving while intoxicated after visiting the Putnam County Sheriff’s Department when he was allegedly drunk.
Courtesy PCSD

When a 55-year-old Greencastle man asked to see a police officer Wednesday morning, his request wasn’t exactly granted in the way he had foreseen.

Glenn Ray Claxton went to the Putnam County Sheriff’s Department asking to see a detective. When a front office employee told him no detectives were available, he left.

However, the employee noticed that Claxton seemed very intoxicated, saying she could even smell it through the office service window.

She alerted Deputy Brian Helmer that a seemingly intoxicated man had just driven away. Helmer caught up with Claxton just south of Putnam County Hospital.

Claxton was given field sobriety tests and then a chemical test at the jail, registering at three times the legal limit of .08 blood alcohol content.

He was booked in the Putnam County Jail at 11:41 a.m. on charges of driving with a BAC of. .15 or more and driving while intoxicated.