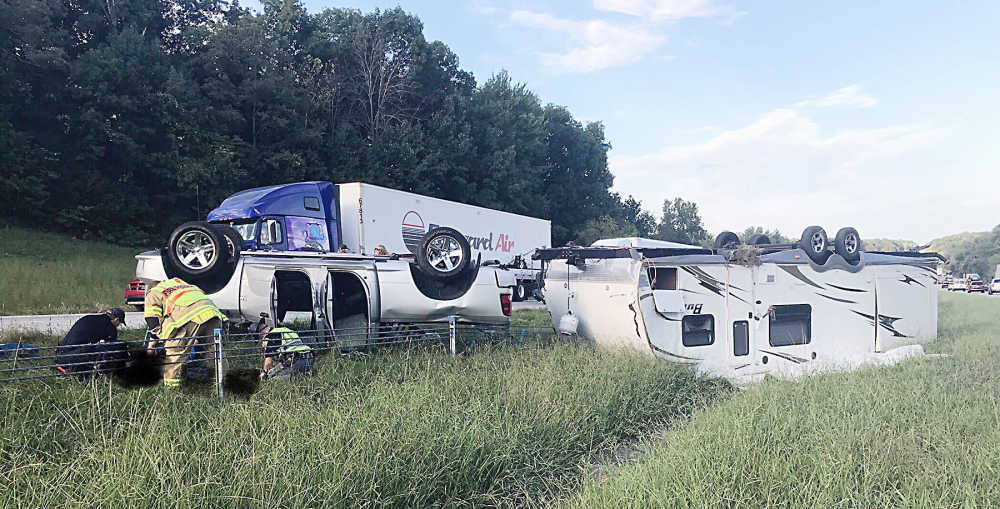 Emergency workers tend to an injured Avon man after his truck and camper overturned on Interstate 70 Friday evening. Dennis White of Avon was transported to Terre Haute Regional Hospital with injuries that are not believed to be life-threatening.
Courtesy Indiana State Police

PUTNAMVILLE — A pickup truck and camper rolled over on Interstate 70 Friday evening, injuring the Avon man who was driving the truck.

At 5:56 p.m. Indiana State Police and Putnam County emergency agencies responded to the crash in the westbound lanes of I-70 near the 30-mile marker.

The investigation by Trooper David Cox Jr. revealed that the 2017 Dodge Ram pulling a camper and driven by 61-year-old Dennis White was westbound when it lost control and traveled into the median, ultimately overturning.

White was transported to Terre Haute Regional Hospital for treatment of what are believed to be non-life threatening injuries.