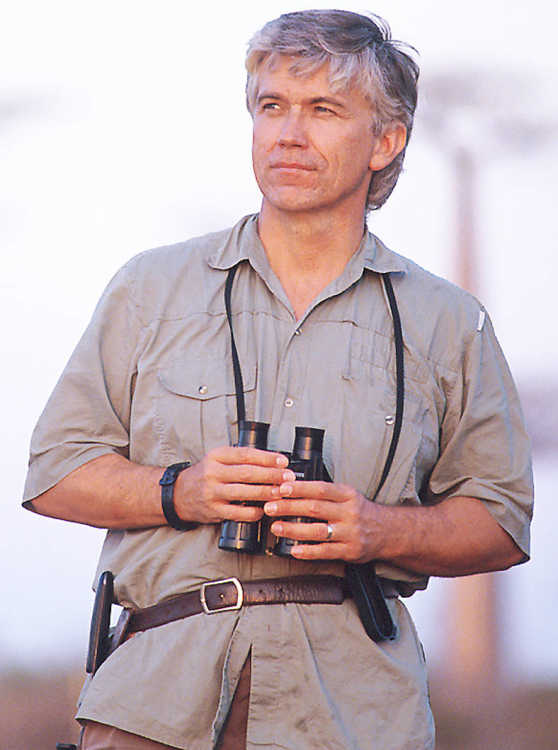 The 2018 recipient of the prestigious Indianapolis Prize -- the world’s leading award for animal conservation -- will speak Thursday, Sept. 27 at DePauw University.

Russell A. Mittermeier, chief conservation officer for Global Wildlife Conservation (GWC), will speak during the free event scheduled for 11:30 a.m. in the ballroom of the DPU Memorial Student Union. Lunch will be served. Persons may RSVP via email to wendyjackson@depauw.edu.

Mittermeier, who will be available to sign books following his presentation, will be in Indiana to receive the Indianapolis Prize’s Lilly Medal and $250,000 -- the largest international monetary award given exclusively for the successful conservation of endangered or threatened species.

The noted conservationist is being recognized for “his major victories in protecting animal species and vital habitats,” and joins “some of the world’s most accomplished conservationists and heroes for the planet” as winners of the prize.

The Indianapolis Prize winner has been responsible for protecting hundreds of species and millions of acres of critical habitat around the world.

Mittermeier is best known for his leadership in championing the concept of Biodiversity Hotspots -- critical areas known for their biological diversity, endemic species and severe level of threat. By promoting these hotspots, he has helped give the global conservation community a new framework to make more targeted, strategic investments in the places that sustain the majority of all life on Earth. Biodiversity Hotspots remain one of the most important conservation developments of the last quarter century.

Megadiversity Countries prioritize the 18 out of roughly 200 nations that are responsible for two-thirds of all global biodiversity. High Biodiversity Wilderness Areas signify biologically rich areas of the world -- such as the tropical forests of Amazonia and the Congo -- that still have much of their habitat largely intact.

Mittermeier’s resume also boasts impressive accomplishments for single species and groups of species. Through his more than 40 years of leadership as chairman of the International Union for the Conservation of Nature (IUCN) Species Survival Commission’s Primate Specialist Group, primates have become a priority group for conservation worldwide. He was also instrumental in the creation of another IUCN specialist group focused on turtles.

Created in 2006 and awarded on a biennial basis, the Indianapolis Prize recognizes and rewards conservationists who have achieved major victories in advancing the sustainability of an animal species or group of species. Previous winners include George Archibald, George Schaller, Iain Douglas-Hamilton, Steven Amstrup, Patricia C. Wright and Carl Jones.