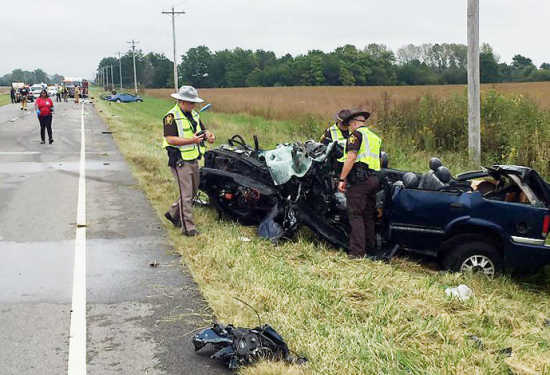 Thomas B. Plasters, 51, Coatesville, was fatally injured in a 1 p.m. accident Monday that police believe may have been intentionally caused by driver Cody Albert, 19, Indianapolis. Courtesy photo

Thomas B. Plasters, formerly of Greencastle, was pronounced dead at the scene after his 2010 Honda Civic was struck head-on by a 2001 GMC Jimmy SUV driven by Cody Albert, 19, Indianapolis.

Albert was reportedly driving westbound at a high rate of speed in the eastbound lanes of U.S.40 at Hendricks County Road 0, near Cox's Plant Farm and the Clayton turnoff.

Capt. Amanda Goings said in a news release that investigators believe Albert may have intentionally driven the wrong way on U.S. 40 when he caused the fatal accident about 1 p.m. The accident is being investigated as a potential homicide because of that possible intent on Albert's part.

Albert was taken to an Indianapolis hospital with non-life threatening injuries, police said.

No charges have been filed as of Tuesday afternoon.