RUSSELLVILLE -- The regional series Comedy in Crawfordsville will invade Russellville for the third time Saturday, Oct. 13. 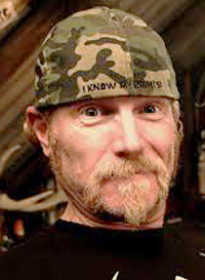 Observing the sixth anniversary of Comedy in Crawfordville events, the Russellville show will be hosted by Crawfordsville native Neil Snyder with local comic Logan Cook opening.

Jessup is known as "The DUI Lawn Mower Guy," a drunken redneck internet sensation. More than 100 million people have seen videos of him being arrested on his lawnmower, tractor and scissor lift. Jessup's website and Youtube channel host videos with topics such as how to create things out of items you might already have in your mobile home. 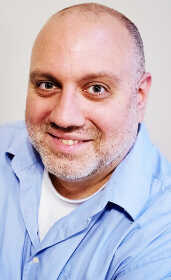 Merryfield, meanwhile, is a nationally touring comedian who has performed all over the country. His first album, "Live at Loonies," was considered for a Grammy nomination. Runner-up at the 2012 San Francisco Comedy Festival, he has been seen on Comcast and TBS.

Hester is a musical comic with a unique outlook on life, witty crowd work and catchy tunes. Rocking out on her electric baritone ukulele and singing off-color songs, she has performed at Improv Boston, Laughfest, The Steve Allen Theatre in L.A., Cincinnati Brew Ha Ha Festival, Laugh Factory Chicago, and other venues across the United States.

Snyder, founder of Comedy in Crawfordsville, is also affiliated with Mad Hatter Shows, having put on hundreds of shows in five states, everywhere from small dive bars to theaters. He's been a finalist in the Funniest Person in Louisville contest, the Funniest Education Professional contest winner, and house emcee at an Indianapolis comedy club when not running the other series.

Snyder has been part of three different Indiana tours with cast members of the hit show Trailer Park Boys and shared the stage with dozens of comedic household names including Jimmie Walker, Tom Green and David Koechner.

The event is promoted by Neil Snyder Presents Comedy in Crawfordsville. For Saturday's show, tickets are available only through the bar. In advance they are $10 and $12 the night of the show. Harrison Street Tavern is open for dinner prior to the show.

The evening's entertainment is expected to conclude around 11 p.m. and is limited to an audience of 21 and older. The show will include graphic language, profanity and other adult content.