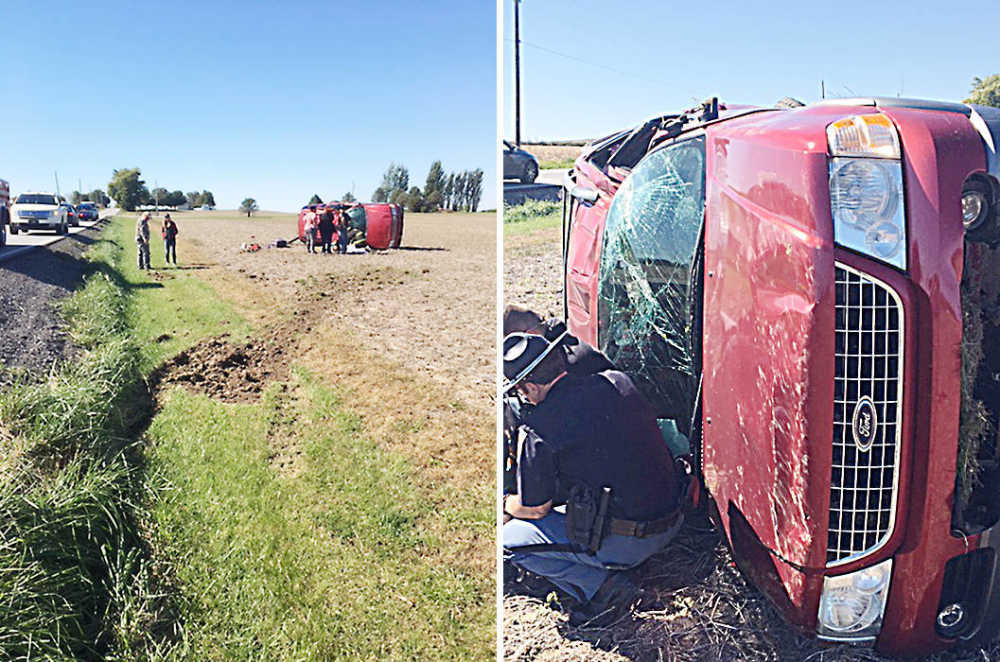 A Greencastle woman was ejected from her Ford Explorer Wednesday afternoon after the vehicle left the north side of State Road 240 and flipped over twice.
Courtesy Fillmore PD

A Greencastle woman sustained serious injuries Wednesday afternoon when she was ejected from her SUV in a single-vehicle crash on State Road 240.

Shortly before 2 p.m., Abigail Steinmetz, 22, was westbound in the area of Suburban Propane in a 2004 Ford Explorer.

Fillmore Deputy Marshal Nick Eastham reported that Steinmetz reached into the back seat of the vehicle to hand her toddler daughter a blanket.

With almost no shoulder and a steep drop-off in the area, the Explorer entered the ditch before flipping twice and coming to rest on its right side in a field.

Marks in the grass ditch seem to indicate that the front end of the SUV caught in the ground, sending the vehicle rolling into the field.

Steinmetz was ejected from the vehicle, sustaining a shattered pelvic bone along with a broken foot and broken ribs. Eastham reported that while the injuries were serious, Steinmetz was able to communicate with responders at the scene.

“She was a alert, conscious, speaking to us,” Eastham said, “just complaining of the pain.”

Emergency medical responders initially called for a helicopter to transport Steinmetz. Ultimately, the helicopter was canceled and Putnam County Operation Life transported her to Methodist Hospital in Indianapolis.

The youngster was released from Riley on Wednesday night with minor contusions to her head.