Ex-president of Colombia at DePauw Monday 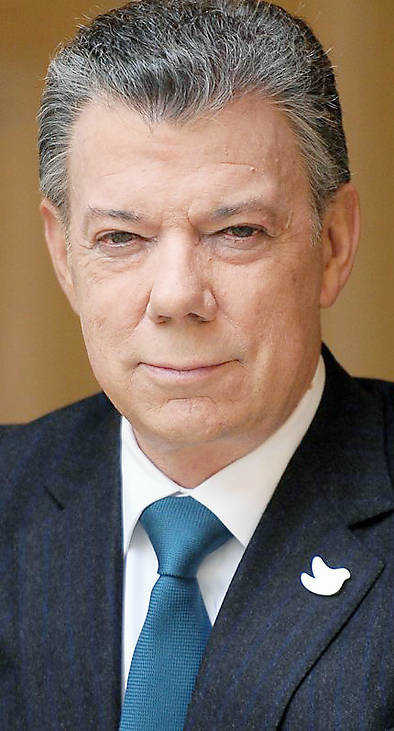 Doors to Kresge Auditorium for Monday’s Ubben Lecture by 2016 Nobel Peace Prize recipient Juan Manuel Santos will open at 6:30 p.m. The speech by the former president of Colombia, “Global Citizenship: Now More Than Ever,” starts at 7:30 and will be followed by a question-and-answer session with the audience.

Kresge Auditorium is located within DePauw’s Green Center for the Performing Arts (605 S. College Ave.). Like all Ubben Lectures, the event is presented free of admission charge and is open to all. Seating will be on a first-come, first-served basis, and no tickets will be distributed.

President Santos led Colombia from 2010 until two months ago, when his second term ended. He was awarded the Nobel Peace Prize “for his resolute efforts to bring the country’s more than 50-year-long civil war to an end” and was recently announced as the recipient of the Tipperary International Peace Award.

Beginning his career as a journalist, Santos entered public service career as head of Colombia’s delegation to the International Coffee Organization (ICO) in London. In 1991 he was appointed Colombia’s first minister of foreign trade, leading a drive to modernize Colombia’s competitiveness in the world market.

On June 20, 2010, he was elected president of the Republic of Colombia, earning the most votes in the country’s history. In June 2014, he was re-elected with a platform based on three pillars: Peace, Equity and Education.

In January 2017 Santos was named Statesman of the Year by the World Economic Forum. TIME magazine has twice recognized him as one of the world’s 100 most influential people.

Established in 1986 with support of 1958 DePauw graduates Timothy H. and Sharon Ubben, the Ubben Series has presented 110 events over the past 32 years in its goal “to bring the world to Greencastle.”