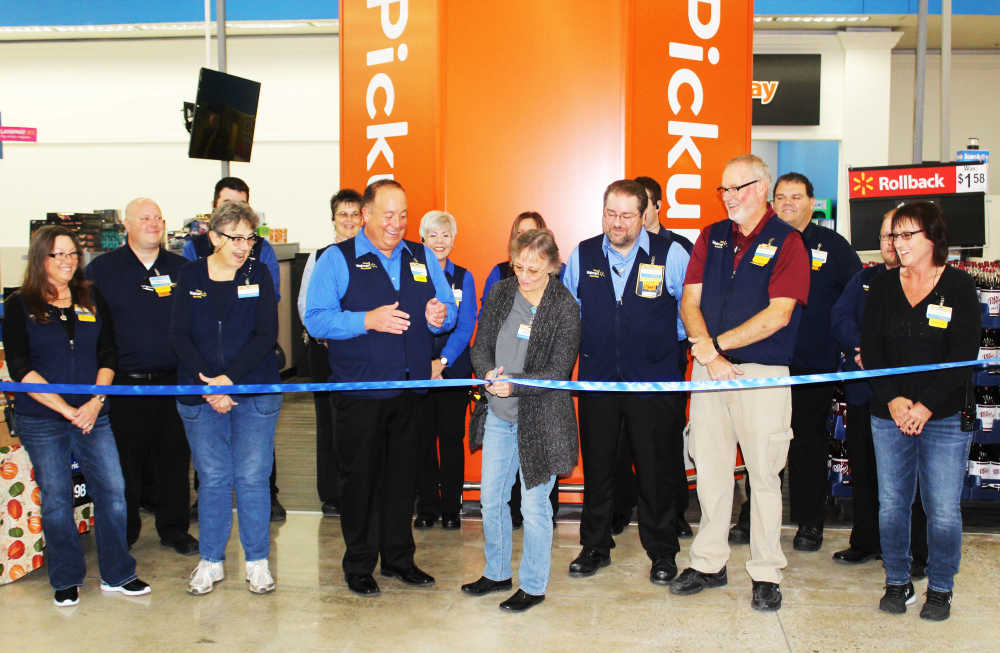 A more than 30-year employee of the Greencastle Walmart store, Krista Smith gets the honors of cutting the ceremonial ribbon Friday morning to commemorate the grand reopening under the watchful eye of Store Manager Jeremy O’Leary (at left of Smith) and department managers.
Banner Graphic/ERIC BERNSEE

Nearly 100 days after undertaking a major interior remodeling that often shuffled department locations nightly, the Greencastle Walmart Supercenter cut a ribbon on the grand reopening of the store Friday morning in front of assembled customers, friends and associates.

“Fourteen weeks ago we started this journey to remodel this store and re-establish the Walmart brand for Greencastle, Ind.,” Store Manager Jeremy O’Leary said, thanking employees, associates who were sent over from Walmart Distribution to assist the effort and even personnel from such nearby stores as Plainfield, Spencer, Clinton, Martinsville, Camby, Franklin and Terre Haute.

In addition to thanking customers for their patience through the remodeling process, O’Leary praised the efforts of the associates of Store 902 (Greencastle’s designation in a sequentially numbered list of what now has grown to more than 5,000 Walmart facilities). 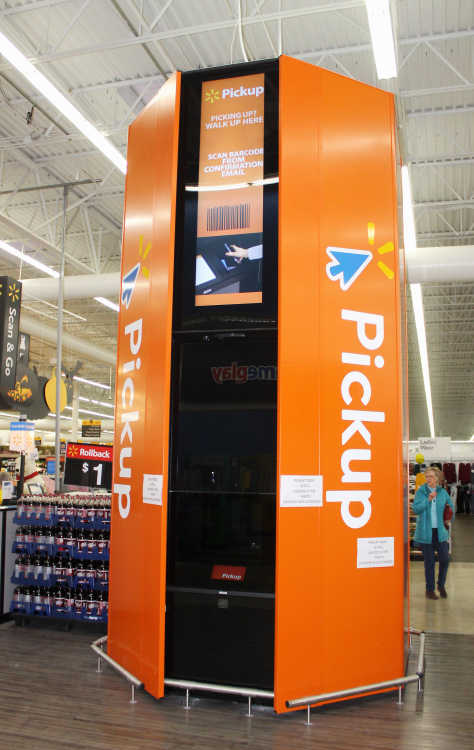 “Many days they came in and their departments may have been temporarily relocated to a completely different part of the store. I am not saying it was always easy, and there were days I had to talk some of you off the cliff, but we made it together,” added O’Leary who has been Greencastle store manager the past three years while logging 26 years with the company.

In addition to completing the remodeling, the Walmart Supercenter at 1750 Indianapolis Rd. also launched a Walmart pickup tower Friday as part of the grand reopening.

Customers may have noticed the 16-foot-tall tower recently added at the front of the store near the east entrance. Much like a high-tech vending machine, the Walmart pickup tower allows customers to pick up online orders in less than a minute by scanning a bar code sent to their smartphone. To use the tower, customers simply choose from millions of items available on Walmart.com and select the pickup option at checkout. A return email notifies the customer when the item is ready for pickup. 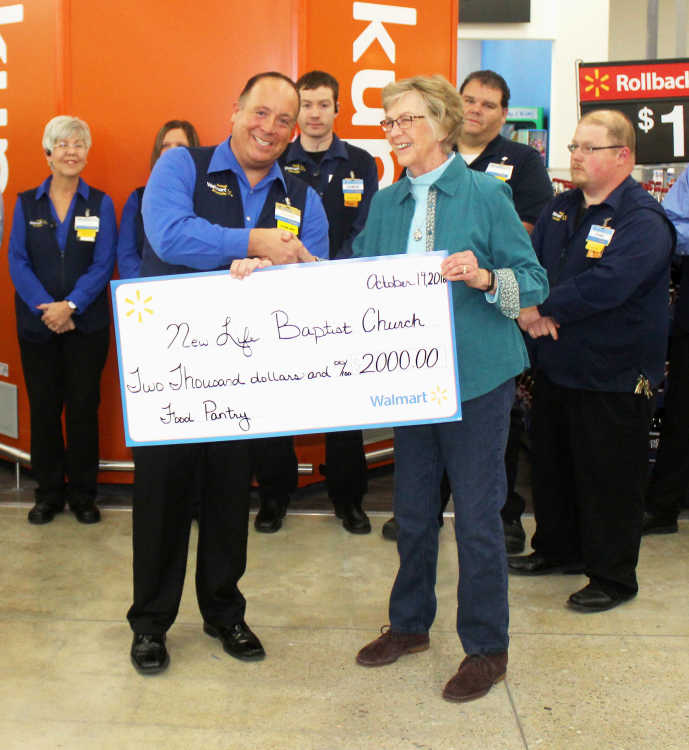 Jasen Driver, who is supervising the tower project for 60 stores, explained that the kiosk holds 300 packages. He said the turnaround time is very quick.

“Eight seconds, and you’re back out the door,” Driver said of the best-case scenario, laughing at the notion customers would have to stay on the bull that long to get their purchase.

Driver, who said Walmart will put up 700 such pickup towers across the country by year end, said 2,000 online groceries are also in the works, along with a Walmart delivery system.

In addition to the tower, Greencastle customers will also note such store improvements as:

-- Enhanced baby department with easier access to essentials such as diapers and formula.

-- Addition of large tools such as power washers and generators in Hardware Department.

“Our customers want a shopping experience that is smooth and quick,” Store Manager O’Leary said. “These store improvements make that possible. We are very excited about these upgrades, including an updated electronics department, as well as a new pharmacy immunization room just in time for flu shots this fall.”

Stores in Clinton, Martinsville and Bloomington will all undergo a similar remodel next year with reciprocal help expected from Greencastle associates, Market Manager Russ Koenig told the grand reopening gathering.

Employee Krista Smith, who has been with the local Walmart store for more than 30 years, then did the honors of cutting the ceremonial ribbon on the remodeling, letting the public move on in to “enjoy the new customer experience as soon as we get out of the way,” as O’Leary said.

The Greencastle store, which originally opened in Putnam Plaza in the late 1980s, was among the first five Walmarts built in Indiana when the Bentonville, Ark., retail giant began to expand in earnest.

Walmart and the Walmart Foundation are active in the areas where its employees live and work, investing in communities through local grants, customer engagement and associate volunteer efforts. In fiscal year 2018, it contributed more than $34 million in cash and in-kind donations to local nonprofits in Indiana, including nearly $18,000 in Putnam County.

“I don’t think we talk about that enough,” O’Leary said before presenting a $2,000 check to Marilynn Sturgeon, representing the food pantry at New Life Baptist Church, which Walmart has taken on as a community partner.