85 years ago Dillinger made his lucrative visit to Greencastle 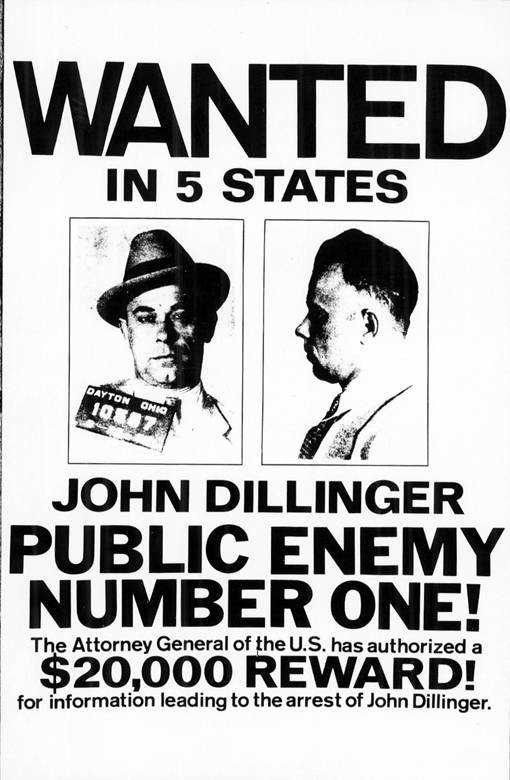 Eighty-five years ago today, Greencastle’s Central Bank, then as now a majestic, looming presence at the southwest corner of the Putnam County Courthouse Square, saw its place in local history firmly cemented.

On that brisk autumn day, its cash drawers swollen by the profits of Old Gold Weekend when multiple hotels and restaurants throughout 1930s Greencastle catered to the DePauw University homecoming crowd, the bank received a mid-afternoon visit from the most famous bank robber of them all -- John Dillinger and his gang of thieves.

History notes that the Oct. 23, 1933 heist at Central National Bank was the most lucrative of the 11 pulled during Dillinger’s relatively short but nefarious 15-month bank robbery career.

Without firing a shot and in less than 10 minutes, Dillinger and his boys -- Harry Copeland, 38, Harry Pierpont (a one-time resident of Clay County), 31, and Charles “Fat Charley“ Makley, 44 -- made off with $75,000 in cash and negotiable bonds that day.

The trio of thugs accompanying the 31-year-old Dillinger to Greencastle had busted him out of jail in Lima, Ohio, just 13 days earlier, while Makley and Pierpont themselves were among several Michigan City inmates who staged an armed escape from the state prison less than a month previous. 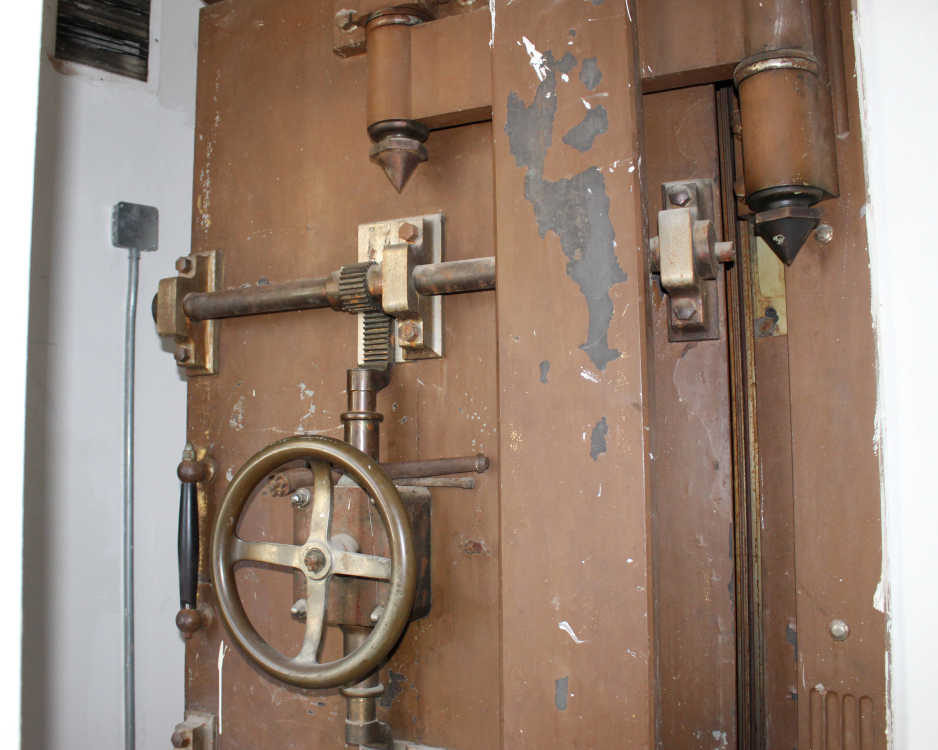 The vault from which John Dillinger retrieved the money is still intact. The heavy door still retains its time lock mechanism, which could only be unlocked at a certain time.
Banner Graphic/BRAND SELVIA

The 2:45 p.m. Greencastle robbery began to unfold as Dillinger, Pierpont and Makley -- all in bulky overcoats that hid weapons beneath them -- ambled inside the bank while Copeland stood outside the Washington Street entrance where he would discourage other customers from entering the building.

In what witnesses and longtime Greencastle residents Edith Browning and Gordon Sayers would later tell Banner Graphic Publisher Larry Gibbs for a 50th anniversary story, a fortuitous coincidence occurred that likely negated violence and tragedy as bank guard Len Ratcliffe left his guard cage only moments before the robbers entered the bank to go stoke the furnace in the basement.

It was Pierpont who set the gangsters’ plan in motion, walking up to a teller cage and asking for change for a $20 bill from Ward Mayhall, who was busy doing paperwork at the time and told Pierpont to take the bill to another cage nearby. After a couple of seconds, however, Mayhall became aware the would-be customer was still standing in front of him and looked up right into the barrel of a machine gun.

The rest plays out like a movie scene with Pierpont menacingly waving his gun in the air and ordering everyone to refrain from touching anything. Dillinger did his trademark leap over a marble counter, smashing the lock to the teller cages, while Makley likewise pulled a machine gun from beneath his coat and herded customers and employees to the rear of the bank.

After getting Harry Wells to open the vault, Dillinger and his gang crammed the cash and bonds into two sugar sacks and slowly backed out of the building, hustling to the black Studebaker they had left parked along Jackson Street next to the bank. They fled south on Bloomington Street, encountering a train blocking the old Penn Central Railroad tracks that would later become the site of Veterans Memorial Highway. Turning the getaway car west, they took Berry Street to Manhattan Road and disappeared south.

On Feb. 9, 1934, a Putnam County Grand Jury indicted Dillinger, Pierpont, Makely and Copeland for the robbery, issuing warrants for their return to Greencastle. Putnam County Sheriff Alva Bryan even went to Crown Point to question Dillinger following his arrest with the famed bank robber reportedly admitting the robbery but refusing to name his accomplices.

Only Copeland was ever returned to Greencastle when he was incarcerated in the old Putnam County Jail on Feb. 14, 1934 and later appeared before Putnam Circuit Court Judge Wilbur S. Donner with some 400 spectators in the courtroom. Copeland pleaded guilty to robbery, even boasting that his share of the Greencastle take was $4,600 in cash and $14,000 in bonds. He was sentenced to 25 years at the Indiana State Prison.

Copeland was famously asked why the robbers picked Central Bank and not First Citizens on the east side of the square and responded with, “If we had known there were two banks we would have robbed them both.”

Within a year of the Central Bank robbery, Dillinger, Pierpont and Makley were dead -- Dillinger and Makley died in a hail of bullets, while Pierpont went to the electric chair.

A celebrity criminal made famous by a Depression era in which some folks considered bankers bigger crooks than bank robbers for foreclosing on farms and homes, Dillinger always had the fastest cars and the slickest suits. And he basically died with a pretty gal on each arm as he exited the Biograph Theatre movie house that hot July night in Chicago he died in a barrage of bullets in 1934.

Indeed, Dillinger was such a big deal, that the editor of the Daily Banner at the time, taking note of all the national publicity the city had received in the heist aftermath, penned quite a notable reaction in the Oct. 24, 1933 newspaper.

In response to Greencastle grabbing banner headlines in many major metropolitan newspapers from New York to Los Angeles and even radio coverage from New York City stations (the CNN/Fox News Channel of the time) following the heist, the editor boasted: “It will be a long time before such a break comes for this city again.”