No leaves or limbs should be put in recycling toters

City of Greencastle officials are asking residents to refrain from putting sticks and leaves in yellow-topped recycling toters. 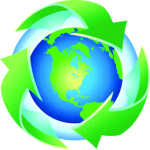 During Tuesday's recycling pick-up, the city's provider was finding a lot of contamination in the form of leaves and twigs, Mayor Bill Dory said.

Sticks and leaves are not considered material that can be recycled commercially. They are considered a contaminant, the mayor noted.

Small quantities of sticks and leaves can, however, be placed in blue-topped trash toters.

With city leaf pick-up under way, leaves can be raked to the curb for collection by city crews. Residents should not include sticks or trash in leaf piles.