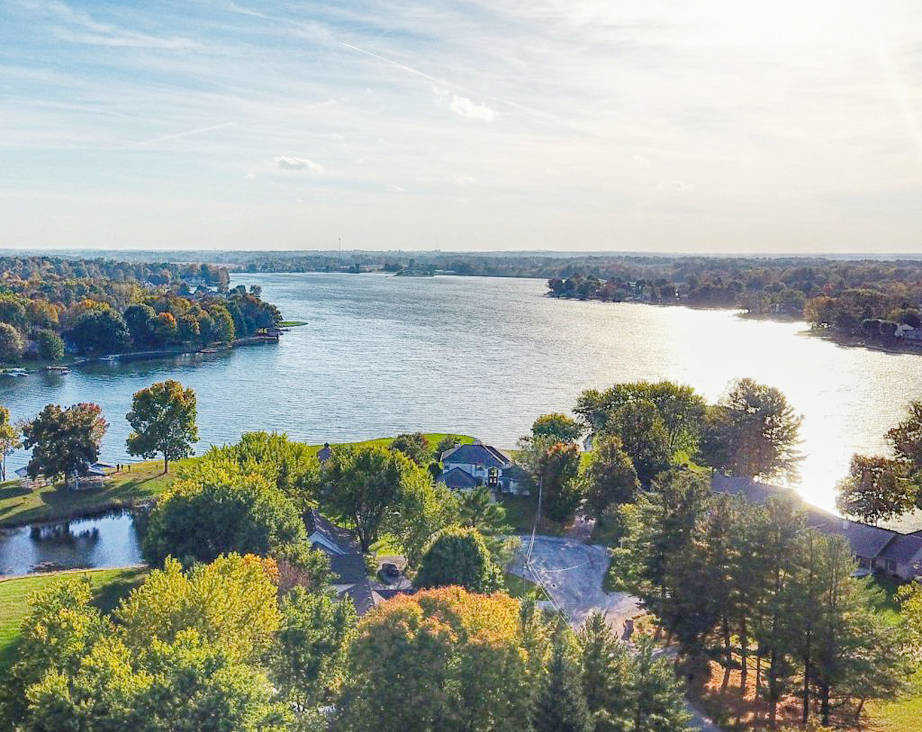 New grants for the care of Indiana’s water bodies totaling $1.192 million have been awarded through the DNR Division of Fish & Wildlife’s Lake and River Enhancement (LARE) program.

The grants fund projects in 20 counties and affect 26 different lakes, rivers and streams, including 371-acre Glenn Flint Lake northwest of Greencastle in Putnam County. The grants will benefit projects ranging from Posey County on the Ohio River to the City of Elkhart, near the border with Michigan.

A $25,000 grant will fund a watershed diagnostic study at Glenn Flint Lake.

The watershed diagnostic study approved for Glenn Flint will describe the condition and trends in the streams within the watershed, will identify potential nonpoint source water quality problems, will prioritize potential watershed improvement projects, propose specific direction for future work and predict and assess factors for success of future work.

Glenn Flint Lake is home to a relatively new population of game fish, including lots of panfish. A lake renovation that took place in 1995 removed large numbers of carp, so the bluegills and crappies are now doing well. Bluegill fishermen do well in the spring, but the fall bite can be good, too.

Little Walnut Creek Conservancy District owns the lake, which has a public entrance located off County Road 450 North. The Indiana Department of Natural Resources, Division of Fish and Wildlife (DFW) manages the fishery at Glenn Flint.

Last January, Corey DeBoom of IDNR – Division of Fish and Wildlife reviewed the 2005-2017 Summary Fish Management Report for the Little Walnut Creek Conservancy District Board. One of the problems for game fish highlighted in the report is poor water quality at Glenn Flint Lake, which is partially attributed to nutrient loading from the watershed and partially attributed to undesirable fish species.

While the Division of Fish and Wildlife is addressing the undesirable fish species with a Saugeye stocking program that started in May, Little Walnut board members were still concerned about water quality and the loss of aquatic vegetation.

The possibility of a LARE grant was mentioned and the timing for the discussion was perfect, Little Walnut Administrative and Financial Secretary Kathy Deer said, noting the LARE grant submission was made by the Jan. 31 deadline.

“As of Oct. 26, a scope of services is being drafted and it is hoped to be made available to contractors in November,” Deer added.

Once the contractor has been hired, which is expected to be in January or February, a public meeting will be scheduled. That first meeting is to identify stakeholders, introduce the study and obtain public input.

The contractor will also be providing the district with monthly progress reports, while a public meeting will be scheduled to present the final report.

Once the final watershed diagnostic study report is available, Little Walnut hopes to be able to participate in another round of funding for improvements, Deer said.

Applications for LARE assistance are submitted by local sponsors who commit to sharing a portion of the total cost. DNR’s share comes from a fee paid annually by boat owners when registering their boats with the Bureau of Motor Vehicles.

Several of the projects address bank erosion and lakes or streams, and many of these also have an aquatic-habitat enhancement component. Seven watershed land treatment grants go to county soil and water conservation districts to help landowners reduce runoff of sediment and nutrients. Prevention of non-point source pollution in the form of sediment or nutrients is more economical than trying to remove it from lakes and streams in the future.

Two grants will be used to address the removal of low-head dams — one in Elkhart County on the Elkhart River and one in Harrison County near Corydon. Removing dams that serve no current purpose improves stream habitat and allows fish and other aquatic life to be reconnected for better biological diversity. As an added benefit, safety for boaters, paddlers, anglers or swimmers is improved when such dams are eliminated.