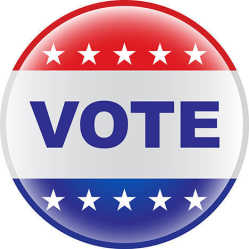 Early voting continues to be on the rise in Putnam County, based on numbers released by the Putnam County Clerk’s Office.

As of mid-morning Thursday, 2,485 people had cast early ballots on the second floor of the Putnam County Courthouse. With 23,738 registered voters in the county, that puts the county over 10 percent voter turnout five days before the Tuesday, Nov. 6 election.

While the total so far falls well short of the 3,629 voters who cast early ballots in 2016, it is likely more appropriate to compare to recent midterm elections rather than a hotly-contested presidential cycle.

With early voting not yet complete and no mail-in or traveling board absentee votes yet added to the total, 2018 is already far ahead of these most recent midterms.

The number will continue to climb, with the remaining Thursday ballots not yet added, and early voting still available for three more days.

Voting on Election Day remains an option, one that the majority of voters tend to utilize.

This is the second election in which vote centers will be in place for Putnam County voters. Like in the May primary, registered Putnam County Voters, regardless of precinct, may cast a ballot at any one of eight vote centers throughout the county:

Individual precinct-by-precinct polling places are no longer in use in Putnam County.

To vote early or on Election Day, an Indiana driver’s license, Indiana state ID, federal ID or passport is required.

To assist with this need, the Indiana Bureau of Motor Vehicles has announced extended hours on Monday and Tuesday.