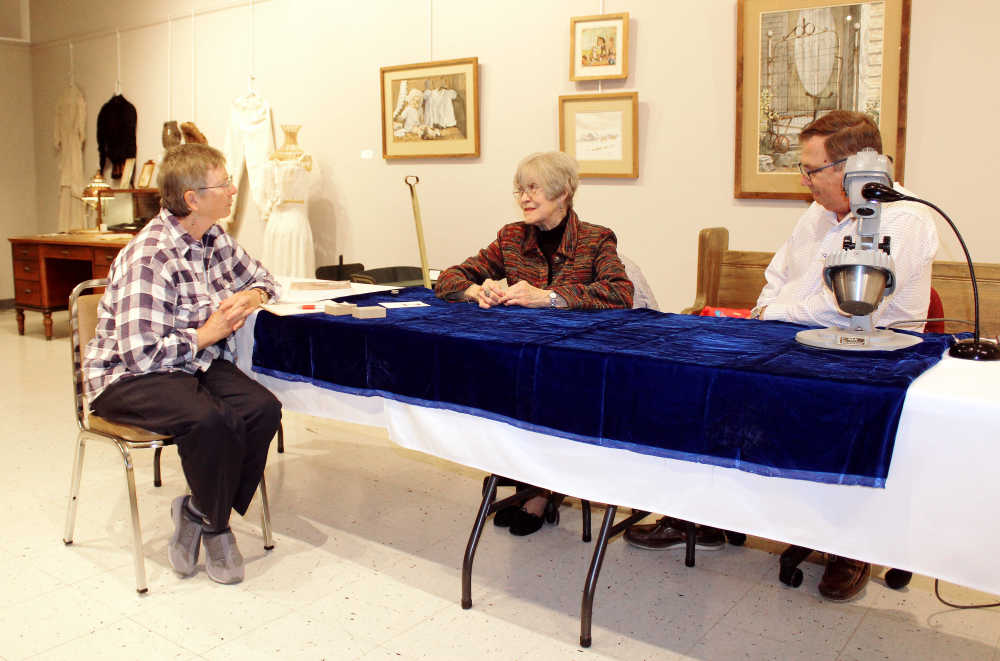 Just as not every episode of “Antiques Roadshow” uncovers an original copy of the Declaration of Independence tucked behind a rendering of “Dogs Playing Poker,” the first-ever Putnam County Museum Jewelry Roadshow featured plenty of gems but no Mother Lode.

No one produced any diamonds in the rough. Nobody showed up with Pearl Bryan’s high school ring or Eli Lilly’s Civil War medals.

But it was a gem of an undertaking nonetheless, Museum Director Lisa Mock said of the recent free program. 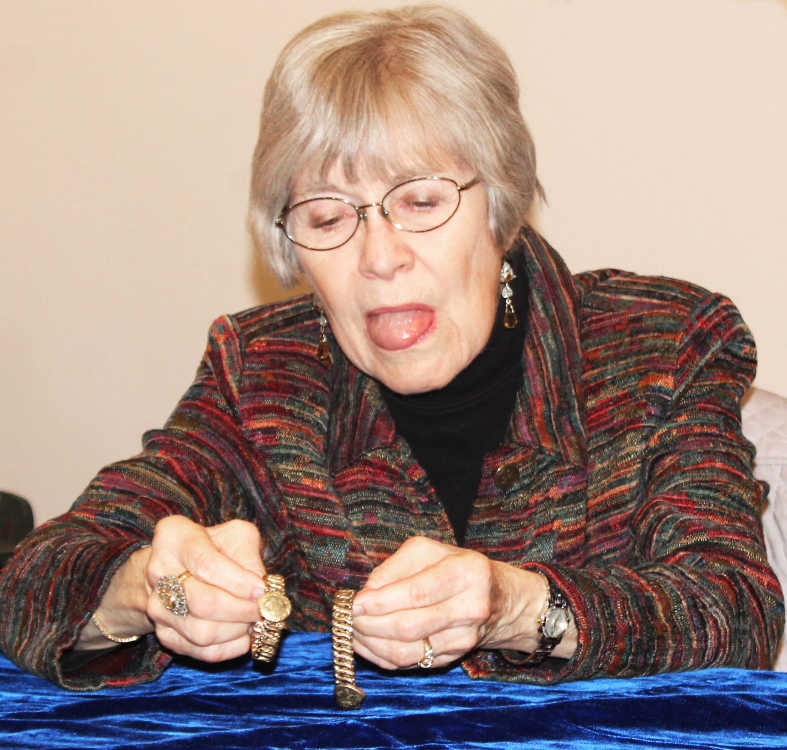 “Nobody showed up with a ring belonging to George Washington, or the Czarina’s necklace,” Mock said, “but there were some really nice pieces.”

Antique and vintage jewelry evaluator Ann Rambo and jeweler and gemologist Steve Mason of Mason Jewelers, a community staple since 1957, examined those pieces, answering questions about when the items were made, who made them, where they came from as well what they were made of and were the stones genuine.

Linda Raines of Greencastle was the first to bring her items forward, showing Rambo and Mason a sterling silver and opal pin presumed to be from the 1930s. 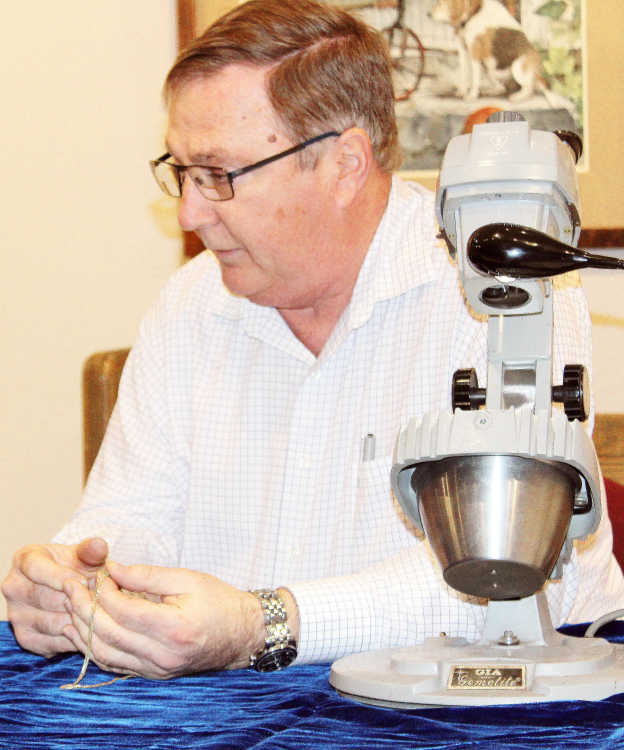 “Pins like this are from a day when wool was the main fabric,” Mason said, noting that people don’t wear pins much anymore because with today’s fabrics, “you put a hole in a shirt and it is there from now on.”

Raines’ second item was a dangly earring Mason determined to be glass but still an interesting Victorian era piece from the 1880s to early 1900s.

“So it’s not as fru-fru as some Victorian jewelry,” Rambo chimed in.

But it was Raines who linked the jewelry, which previously belonged to her aunt from West Virginia, to an intriguing back story.

She said her aunt worked for DuPont Chemical, which at the time was in the midst of creating nylon hose destined to become a fashion necessity for American women.

“The interesting thing about this woman, my aunt,” Raines said, “was she was one of the first women to try nylon hose when DuPont was working on them. She was a guinea pig for trying them.”

Melissa Gough was up next, sharing a nice-looking cameo among several pieces of jewelry she brought with her.

Rambo was quick to point out that it was of Italian origin and was in good condition because the nose of the woman on the cameo had not been chipped off.

“When you went to Italy, you always bought a cameo as a souvenir,” she said. “Just like when you’d go to Russia, you’d get green garnet and when you went to England, you bought jet jewelry.”

Later in the day, someone brought in a Black Hills gold ring which has a distinctive pink cast.

“Black Hills gold is always pink because there’s so much copper in it,” Mock said, noting that Mason had explained the confusing coloring. “They couldn’t smelt it out, so rather than seeing it as a flaw in the gold, they marketed it as pink gold. It was like the old ’Let’s make lemonade out of lemons’ idea.”

Mason and Rambo worked well together to help make the inaugural event a success, the museum director praised, hoping for an encore.

“The two of them really are a good team,” Mock said of Rambo and Mason. “I think Ann and Steve would like to do it again in the future.”