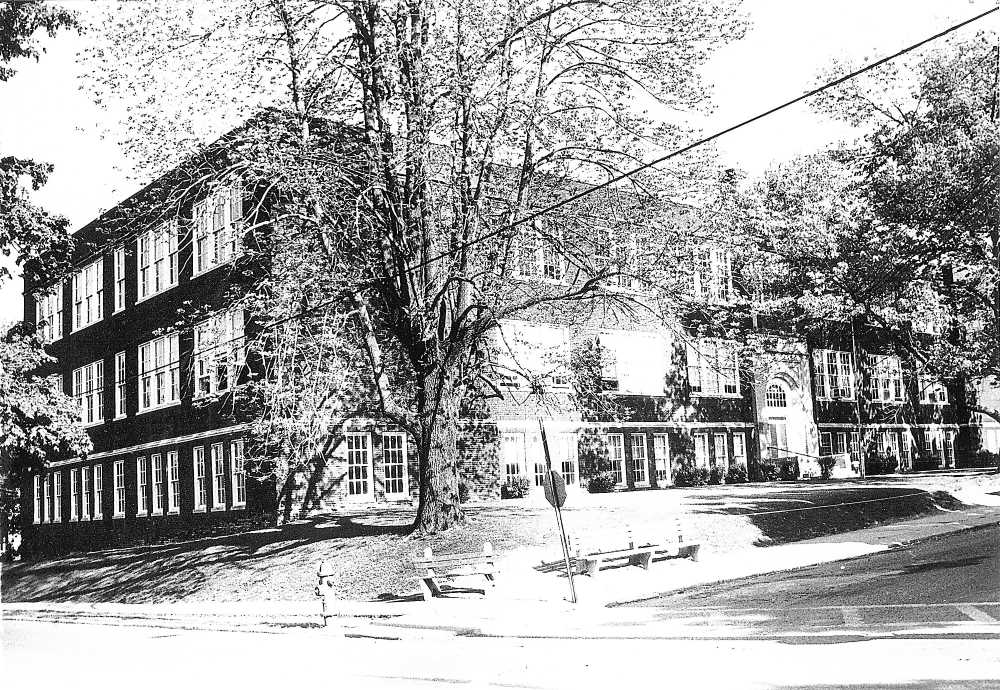 An undated photo from when the building served as Greencastle Middle School.
Banner Graphic/File photo

While the current state of education of local youth continues to be scrutinized, yesterday saw a seemingly passive milestone in the history of public education in Greencastle.

The large brick building which currently houses the Spring Tree Square Condominiums on Spring Street was once Greencastle High School, where generations of students studied and graduated from 1918 until 1958. This December marked 100 years since the structure was dedicated.

Though it has undergone extensive renovations to make it a residence for senior citizens, the building stands as a reminder for many of what was their high school experience, as well as the growth of public education which has gone through many challenges and shifts. 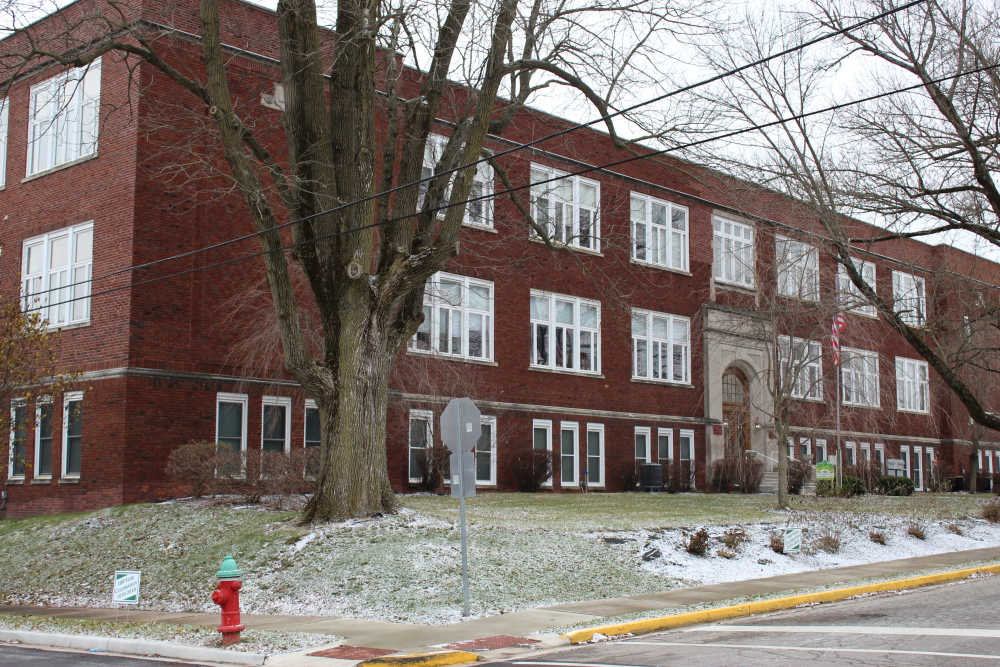 It is also home to residents who graduated from high school in that very same building.

Shirley Flint, a 1954 graduate, recounted how much “leeway” students used to have with regard to their free time, and told of how she would regularly walk to a Pure Oil station where Myers’ Market now stands.

“How many people like school?” she laughed. “We just had a lot more freedom then. I had a lot of good memories here.”

Nancy Torr Andis, who graduated in 1951, told of how she would similarly walk to a nearby store to purchase a Coca-Cola which cost a nickel. Her room was originally the old library.

Judy Miller was a member of the first class to graduate at the present high school. However, her children studied at the building when it functioned as the middle school. The building is special to her in that way, as well as how everyone enjoys each other’s company.

“Though you many not see many people throughout the day, we enjoy living here,” she said. “We all get along very well, and that’s been nice.”

Miller and other residents celebrated the centenary of the building’s dedication with a private catered event Wednesday evening. It is no doubt that those who graduated inside the old High School had interesting stories and memories to share.

The old high school’s place in the history of public education in Greencastle straddles important phases which took place before and after its dedication in December of 1918.

According to research which was conducted by DePauw University Professor John Baughman, town officials began to organize a public school system after the Indiana Constitution of 1851 was ratified. The new legislation called for a general school fund and instructed the Indiana General Assembly to provide for a public school system. On April 26, 1853, Greencastle Mayor John Hanna appointed three trustees to oversee the establishment of four primary schools in the respective wards and a high school which was separated into male and female “departments.”

Baughman notes that public education was carried out wherever was deemed to be suitable. The High School was located at the southeast corner of what are now Seminary Street and College Avenue, and shared space with the Indiana Asbury Academy, essentially a private school maintained by Indiana Asbury University, which later became DePauw University.

It was not until 1865 that two Greencastle residents petitioned the General Assembly to authorize issuing of bonds to construct separate school buildings in the first, second and third wards, where the Miller School Building, Jones School and Ridpath School stand respectively. The high school would move many times between buildings located in the second, third and fourth ward before settling in the third in 1899. According to Baughman, the high school was made into a four-year program in 1901.

Plans were soon begun for the eventual construction of the structure on Spring Street after the old building in the third ward was condemned as unsanitary and not large enough by the state in 1915. After students in Madison Township were transferred to Greencastle after high school courses ceased at another building, the first recognizable Greencastle High School was completed in September of 1918 at a cost of $44,000, which would equal to about $792,000 in today’s money. The building was closed the following October due to the widespread outbreak of the Spanish flu, but was then dedicated in December.

The school grew nominally from there. A 2,500 capacity gymnasium building was built across the street on Walnut and College Street in 1926 to effectively replace the 500-seat facility inside the high school, owing much to the rise in popularity of basketball. New subjects such as home economics were also introduced.

Greencastle High School would continue to be located at the building until 1958, when the present high school facility on East Washington Street and Percy Julian Drive was constructed. The old high school exclusively became the home of middle school students, and remained so until 1988 when Greencastle Middle School was built adjacent to the McAnally Center.

Afterwards, the old high school went through a long purchasing stage before being converted in the senior citizen condominiums which occupy the building today. The larger gymnasium building was eventually demolished, and the parking lot for St. Paul’s Catholic Church sits where it once stood.

While the facade has remained unchanged in the years since it was built, the inside of the building was completely renovated. However, physical traces of the school’s history are still present.

The original Terrazzo tile floor can still be seen in parts of the building. An original blackboard from a classroom hangs in the commons below the main floor. The stairways inside the building have also been preserved along with their banisters, to the point that rippling on the steps from years of traffic is evident. In another amazing twist, the original lockers were not removed, but instead built into the walls. Stands which held busts of George Washington and Abraham Lincoln have not moved from their spot in front of the main elevator entrance where a trophy case once stood.