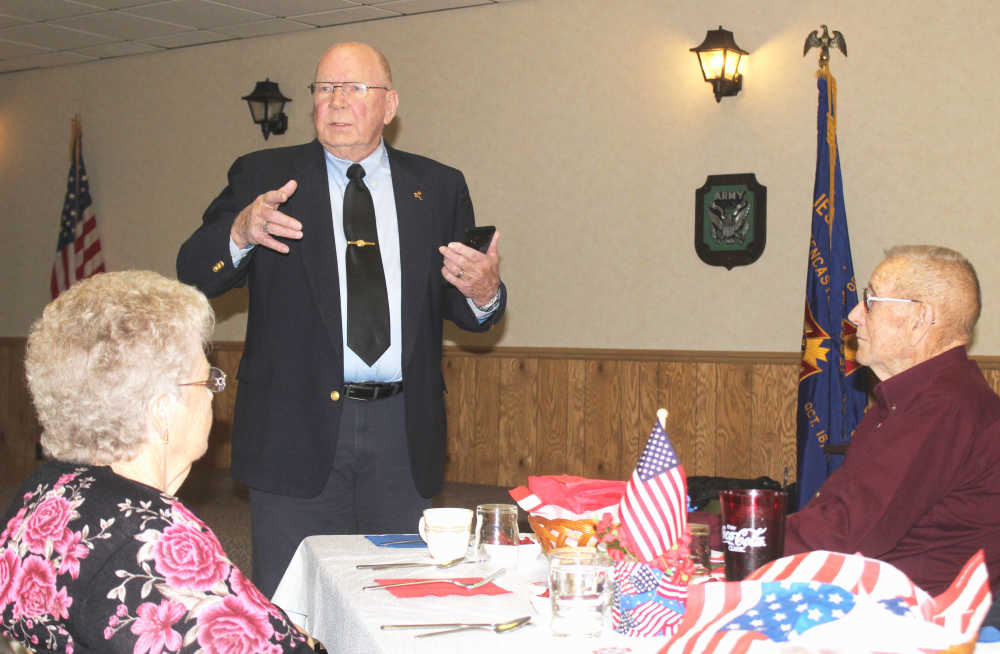 The date that will live in infamy did again Friday.

Dec. 7, 1941 is etched in the memory of all Americans alive at the time and most others who have come along since as Pearl Harbor Day. That day 2,403 Americans lost their lives in the surprise attack on the Pearl Harbor Naval Base in Hawaii.

As they do each Dec. 7, members of Greencastle VFW Post 1550 -- their own numbers now dwindling with fewer and fewer veterans around each year -- marked the occasion with a dinner and heard brief remarks from VFW Chaplain Buck Martin. 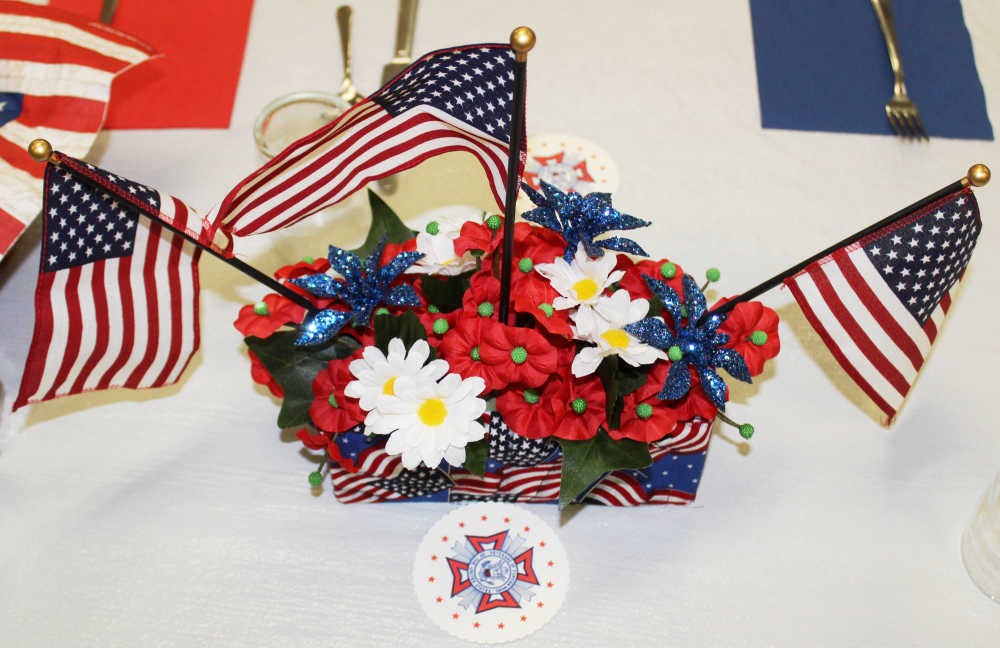 “I wasn’t even here yet, but those people died protecting me,” Martin said of the 2,335 armed services casualties reported and 68 civilians lost.

“That was a terrible thing; that’s awful,” he told about 30 VFW members and guests remembering Pearl Harbor Friday evening, “but there’s no greater love that a man can give than to lay down his life for a friend.” 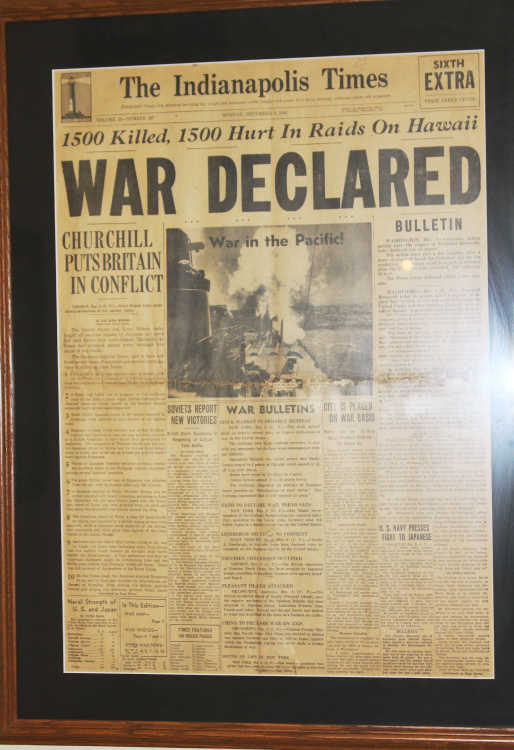 A copy of the Indianapolis Times reporting the Dec. 7, 1941 attack hangs on the wall.
Banner Graphic/Eric Bernsee

Jesus Christ did the same thing for us, said Martin, an ordained Baptist minister since 1975, noting he likes to interject his thoughts on Jesus into remarks like these, especially at Christmastime.

Returning his message to the Day of Infamy that thrust the United States into the midst of World War II, Martin reflected on the honor and loyalty to which veterans subscribe.

“We all signed those papers saying we’d protect our country,” he reminded the veterans in the group. “All those men who passed on Pearl Harbor Day signed that paper. When they do that today, there is no greater love.”

Choosing not to get into a “bunch of history” that fellow veterans have heard time and again on Pearl Harbor Remembrance Day, Martin instead stressed the connection with Jesus and the ideal of no greater love than laying down a life for another, as Martin said Jesus told John to write.

“We said we will protect you and go so far as to die for you,” Martin said of fellow soldiers, “which is just what Jesus did.”

Martin then paused before delivering his last line.

“If you don’t know Him, you will,” he concluded.