The Greater Greencastle Chamber of Commerce is asking local citizens to take time to nominate someone they believe has gone above and beyond for our community for its annual Citizen of the Year Award.

Chamber Executive Director Brian Cox said the only requirement for the nominee is that he or she be a resident of Putnam County, adding, "This is a chance for us to say thank you to the ones who give without asking for a thank you." 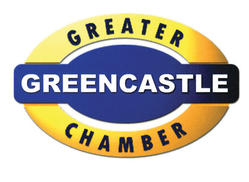 The Chamber wants to take some time at the Jan. 26 Annual Dinner to recognize groups and people who work to help make the community a better place.

The Chamber would like residents to write up a one page letter as to why they think their nominee should win these awards and how they have helped the community.

Anyone who has any questions may call the Chamber at 653-4517. All nominations need to be turned in by Jan. 14.