November 2018 ends up 15th coldest on record at Indianapolis 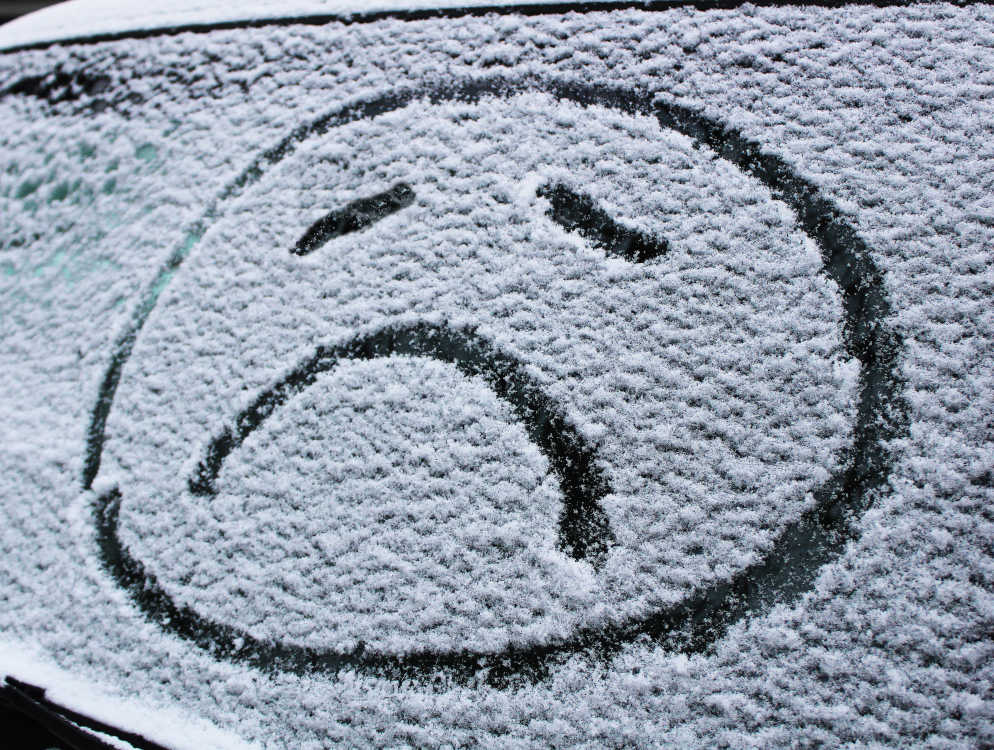 A frowny face on a snowy windshield leaves little doubt as to one passerby’s thoughts on the latest snowfall.
Banner Graphic/Eric Bernsee
Order this photo

The cool weather experienced throughout the second half of October continued right on into November, producing one of the colder Novembers in recent memory and highlighting that there would not really be a true fall across the area this year.

In fact, other than November 2014, it was the coldest November on record over the last two decades in central Indiana.

November 2018 emerged as the 15th coldest in the Indianapolis area since 1871, the National Weather Service reports.

A raw and wet start to the month gave way to a brief milder period with highs in the 50s to around 60 from Nov. 3 through Nov. 6. As the second week of November began however, temperatures tumbled, with daily highs in the 30s and 40s common through Thanksgiving Day. Low temperatures were frequently in the 20s with even a few nights in the teens throughout the period.

Temperatures turned mild once again right after Thanksgiving, albeit briefly, with highs warming into the 50s.

The coldest morning of the month came on the 28th with lows in the low to mid teens.

Maybe even more remarkable, there have only been seven days in November since 1970 with highs at or below 25. One of those days came on the 27th when the high reached just 25 degrees in Indianapolis.

Monthly melted precipitation ranged from just over two inches in portions of west-central Indiana to more than eight inches near the Ohio River.

November 2018 was the 52nd wettest in the Indianapolis area since weather records began in 1871.

Monthly snow and ice accumulation ranged from around an inch in portions of southern and central Indiana to more than 13 inches in the lake affect areas of northern Indiana. Monthly frozen precipitation totals were normal to above below normal.

Ice accumulations from the evening of the 14th through the morning of the 15th were highly unusual for November in central and southern Indiana and necessitated issuance of a rare ice storm warning.

Meanwhile, the official outlook for December from the Climate Prediction Center indicates greater chances for near to above normal temperatures. At Indianapolis, the average temperature is 31.6 degrees.

The outlook also calls for greater chances of near to slightly above normal precipitation. The average precipitation for December at Indianapolis is 3.17 inches, with 6.9 inches of snowfall.