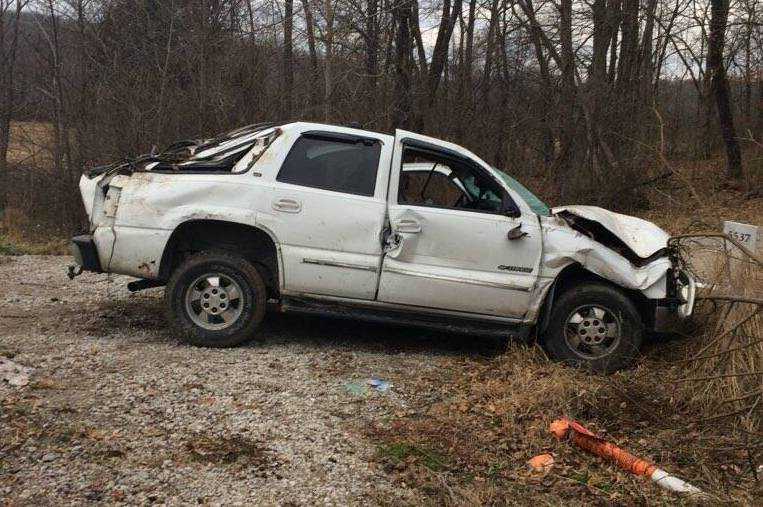 A local woman was killed Thursday morning when she was ejected from the Chevrolet Tahoe she was driving on U.S. 40. Dakota Hacker, 20, was dead upon the arrival of officers.
Courtesy Putnam County Sheriff's Department

REELSVILLE — A 20-year-old woman was killed in a single-vehicle crash on U.S. 40 in Washington Township near Apple Blossom subdivision Thursday morning.

Dakota Hacker, Greencastle, died as a result of injuries suffered in the crash

Lt. Donnie Pettit of the Putnam County Sheriff’s Department arrived to discover that the Chevrolet Tahoe had been westbound coming out of a curve when the driver lost control for an unknown reason.

The vehicle left the north side of the road, with no obvious attempt at regaining control.

The SUV then ramped an embankment and began to roll onto its side before impacting a tree with the passenger side front.

This caused the vehicle to rotate off of the tree and continue west in a sort of barrel roll. Pettit said it’s unknown how many times the vehicle rolled, but that he found evidence of the SUV impacting the ground on three different occasions.

At some point, Hacker, who did not appear to have been wearing a seatbelt, was ejected from the vehicle, with her body coming to rest in a driveway.

She was already deceased upon Pettit’s arrival.

The Tahoe came to rest on its wheels facing northeast in a different driveway, about 100 feet away from the driver.

Also responding to the scene were fellow PCSD deputies Josh Boller and Randy Patrick, as well as the Reelsville Fire Department and Operation Life.

No autopsy will be performed in the case.