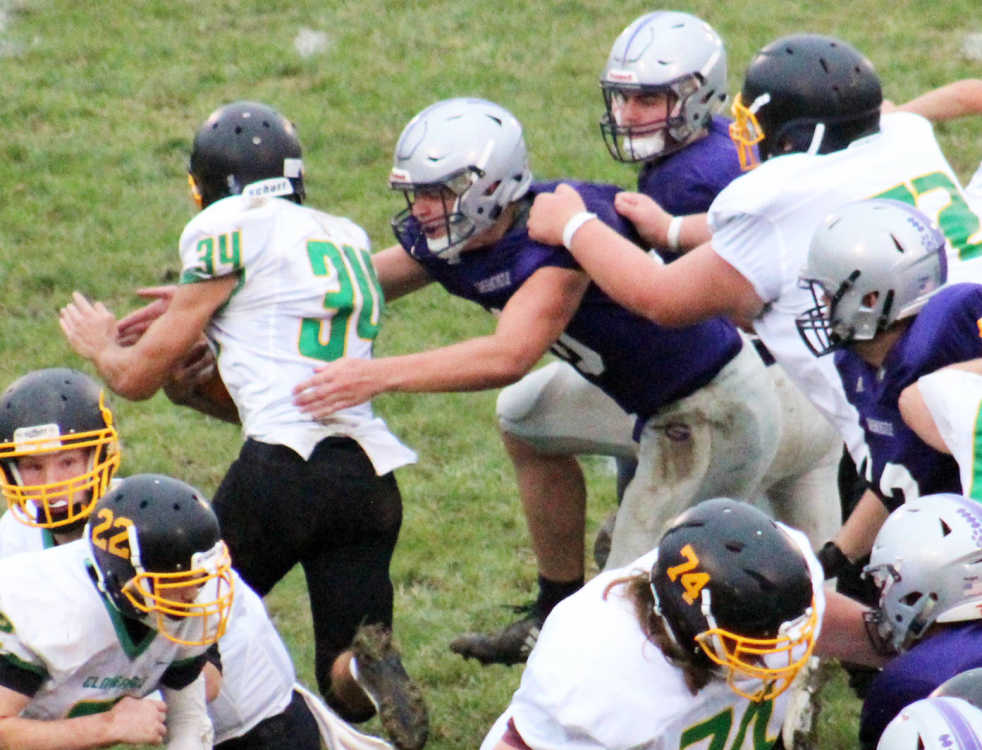 Several Putnam County football standouts were named on Thursday to the Associated Press all-state football squad, with at least one from each school earning recognition.

Highlighting the honorees was Greencastle senior Gavin Bollman, who was a first-team defensive end.

Moody made 69 total tackles from his defensive end position (44 solo and 25 assisted), but 18 of those were for losses — with 11 of them being quarterback sacks. He was also credited with 15 hurries, one pass deflection, two fumble recoveries and three forced fumbles.

Scott was the major force on defense for the Eagles, who finished 6-7 and captured the sectional championship.

Scott had 111 total tackles, with 52 solo tackles and 59 assists. Thirty-five of those tackles were for losses.

Wilkes made 66 tackles for the Clovers, with 19.5 of those being for losses and seven being quarterback sacks. He also had 13 hurries, one interception, two pass deflections, four fumble recoveries and four forced fumbles.

Murray carried the ball 174 times for 1,071 yards and 13 touchdowns. He also caught 15 passes for 182 yards as the Cougars had an 8-4 record and finished as sectional runnerup to eventual state champion Western Boone.

Sanford was a key part of the Cougar offensive line that allowed Murray, Aidan Baker and Evan Davies and the other runners to accumulate 2,479 yards on the ground.

Late in the season, Sanford was utilized as a fullback and scored a two-point conversion in the sectional finals.